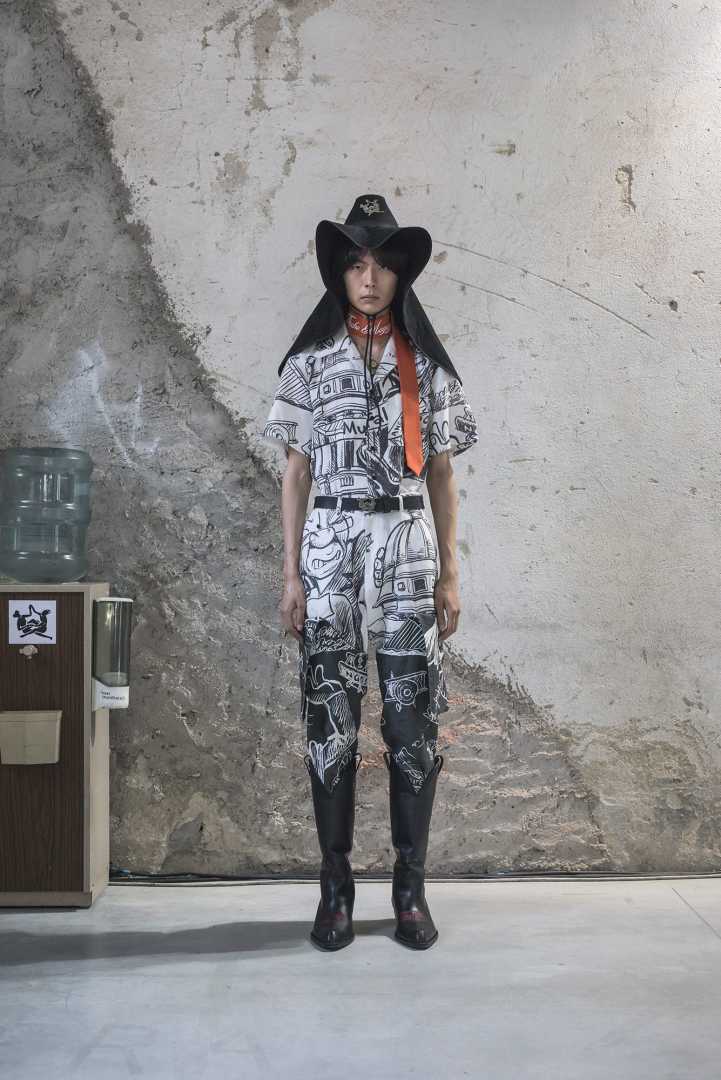 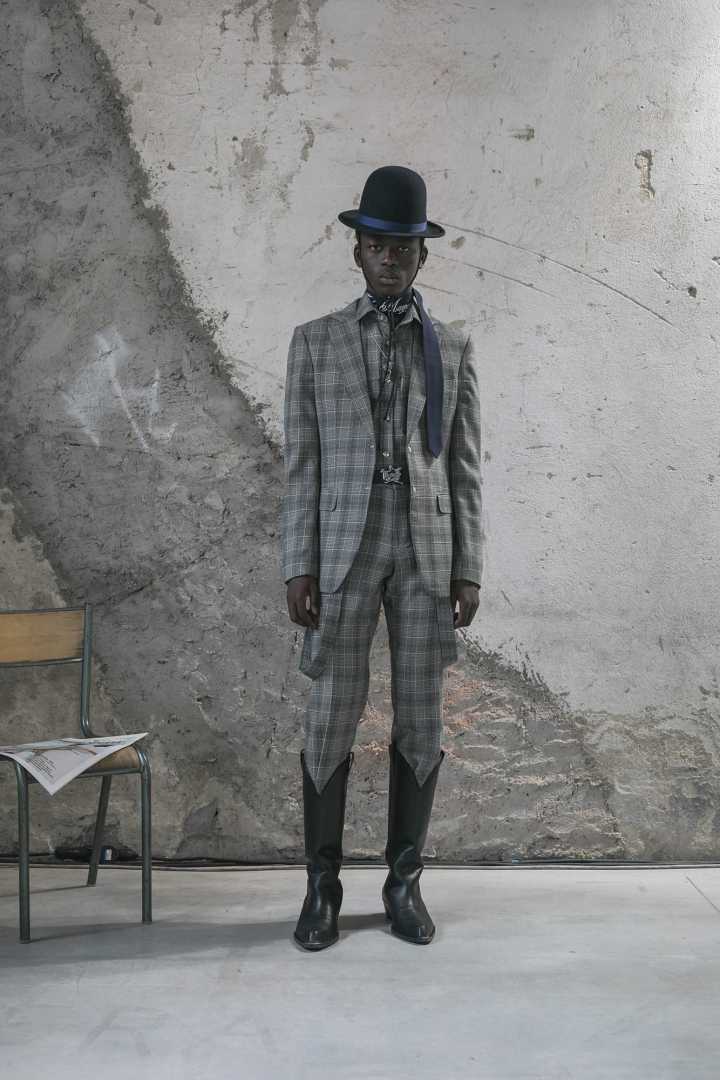 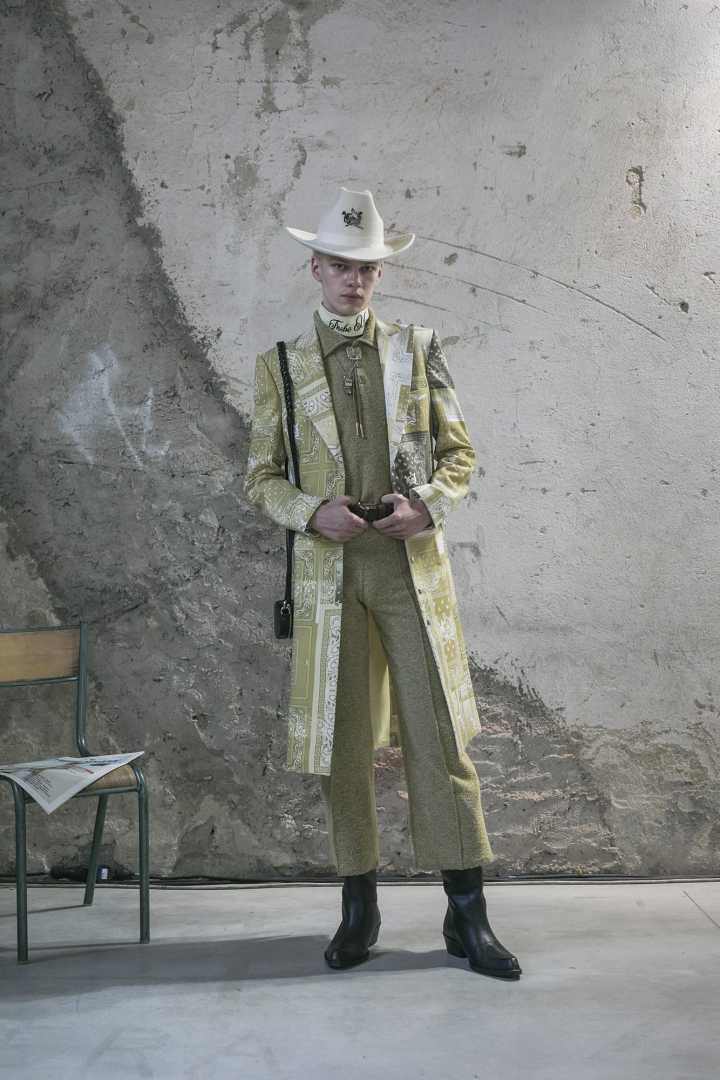 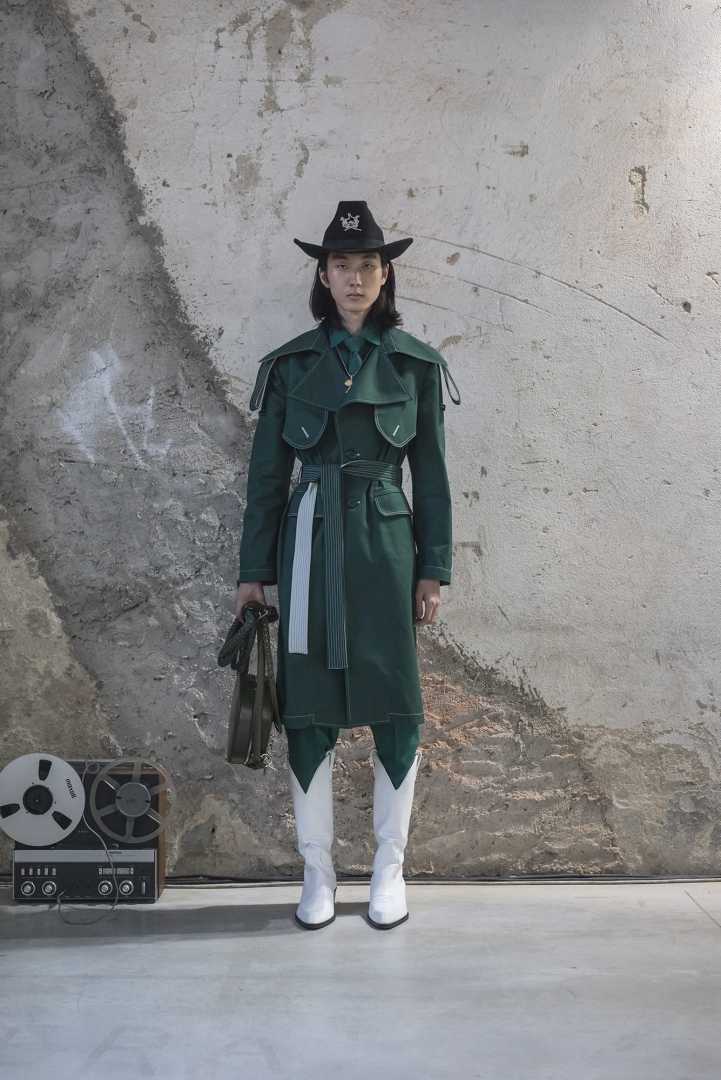 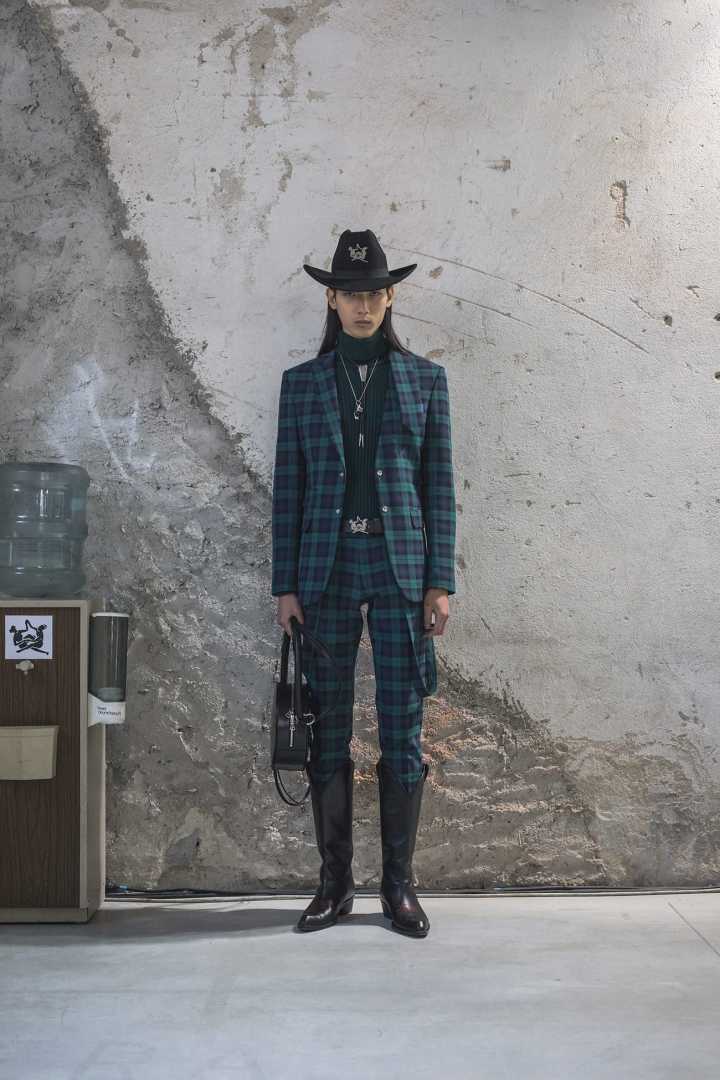 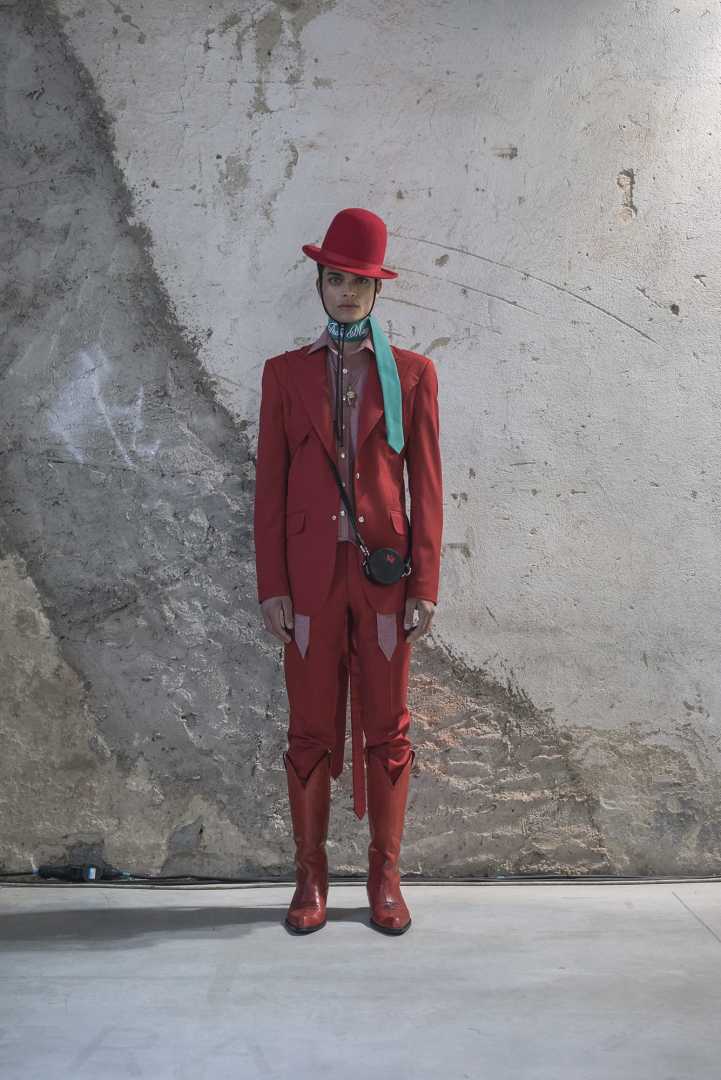 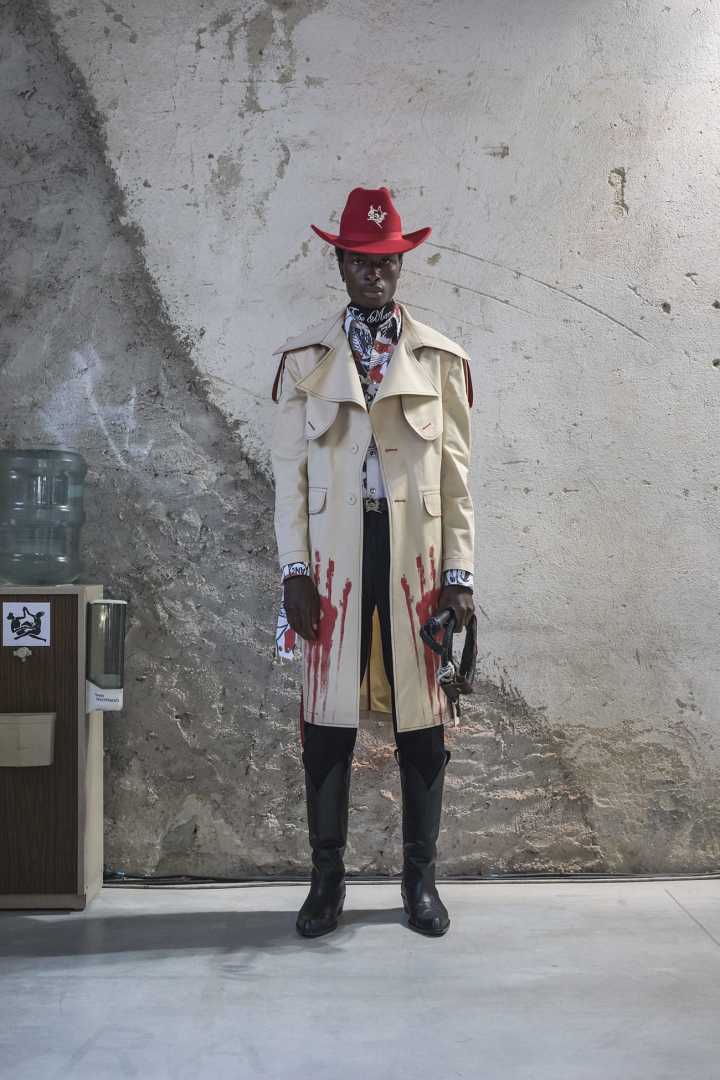 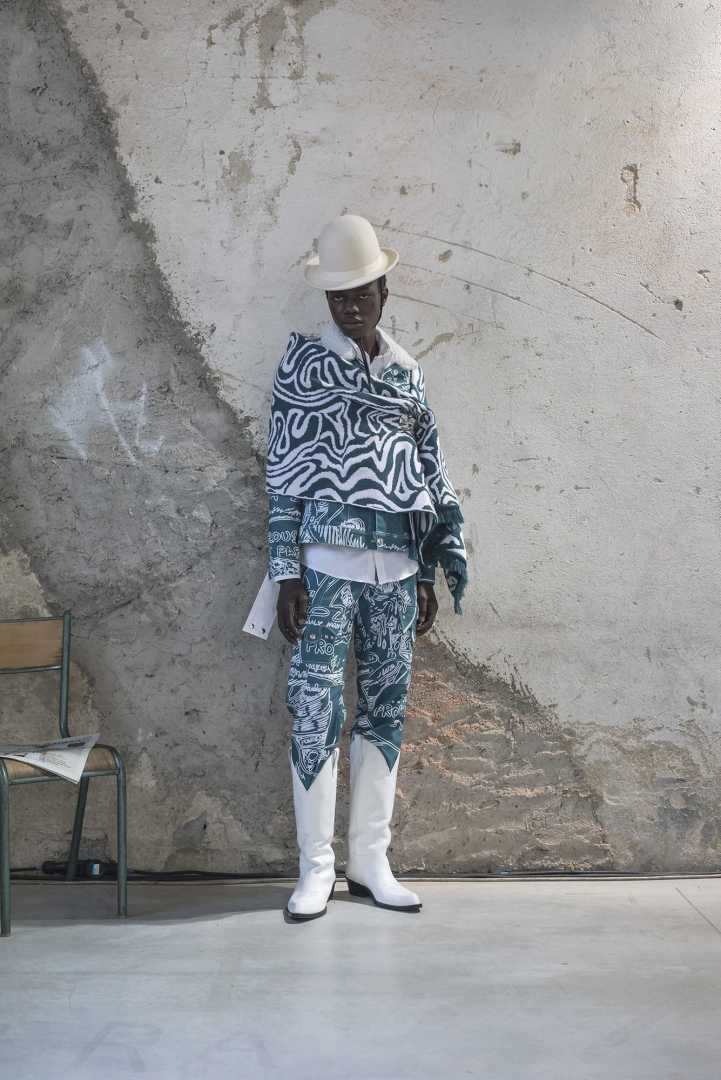 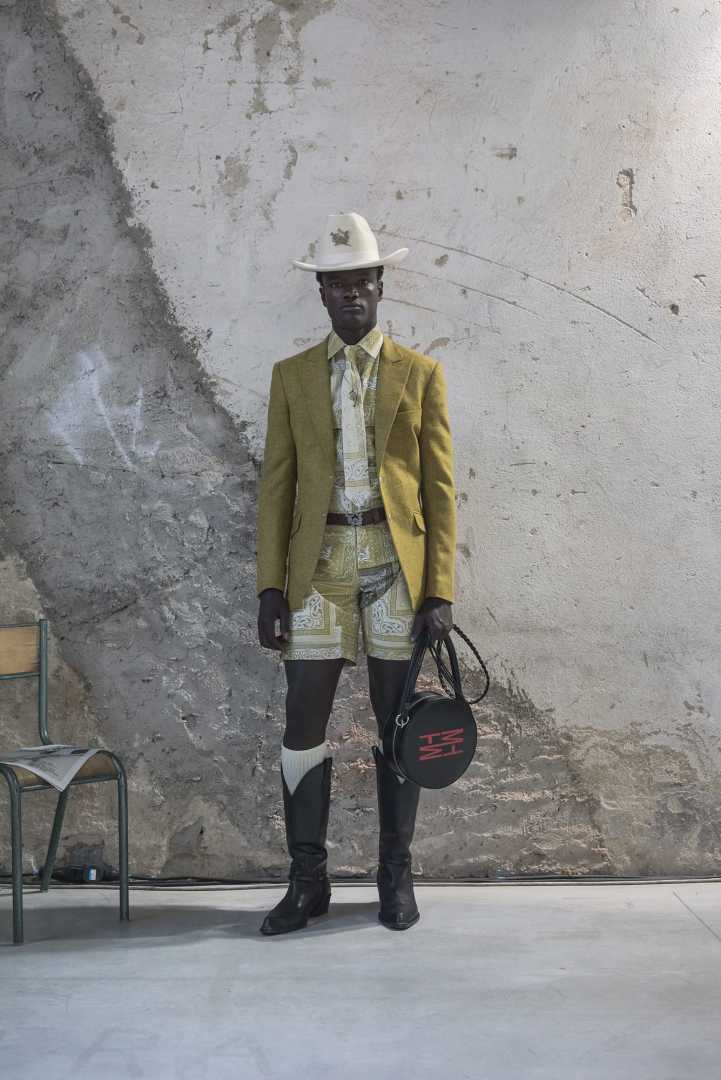 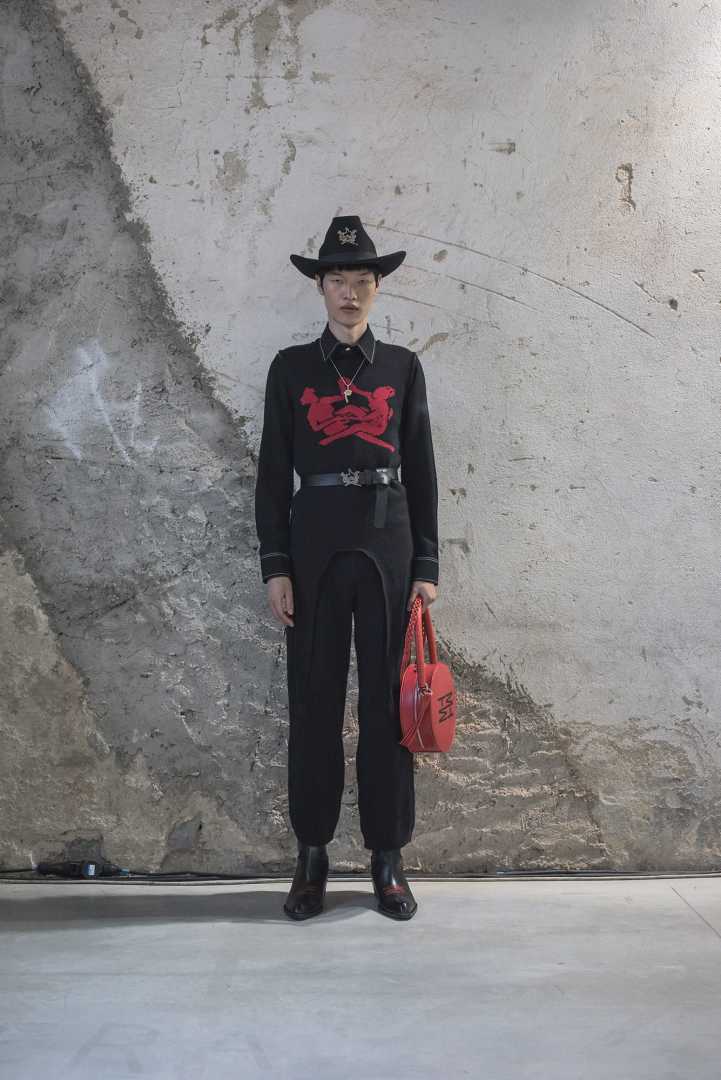 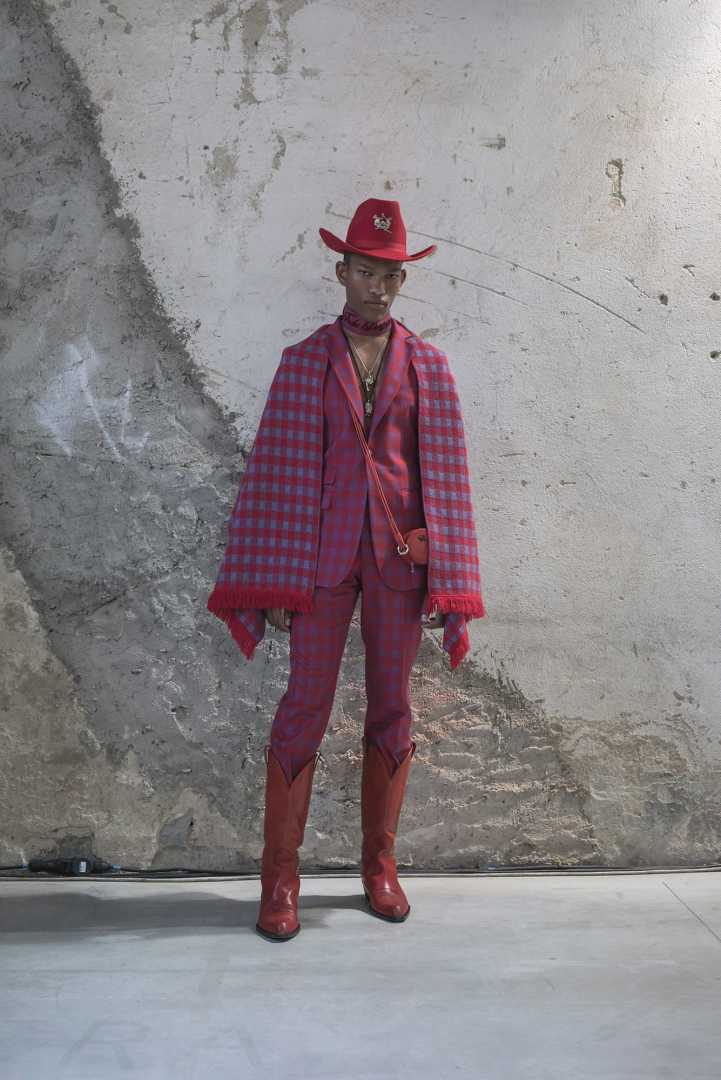 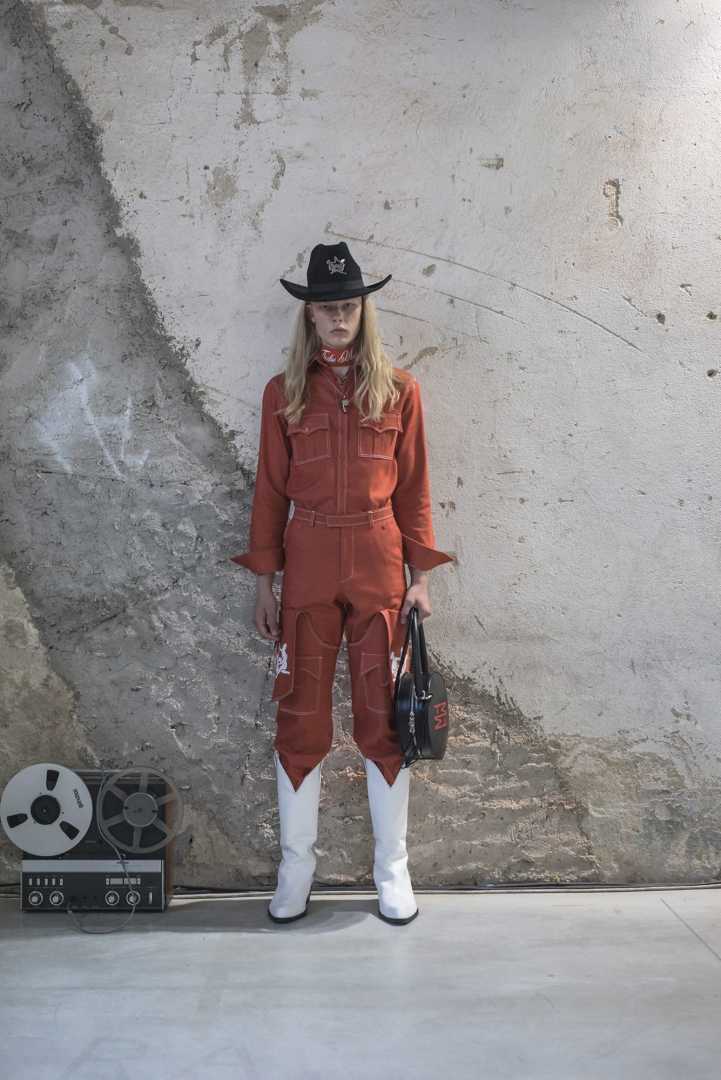 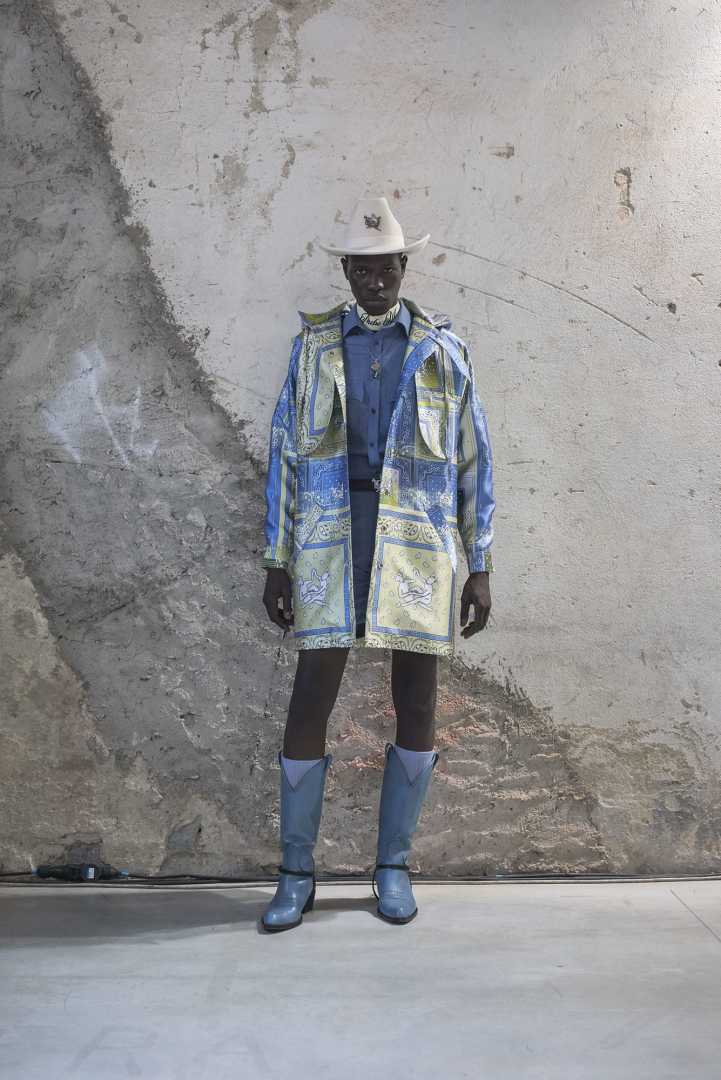 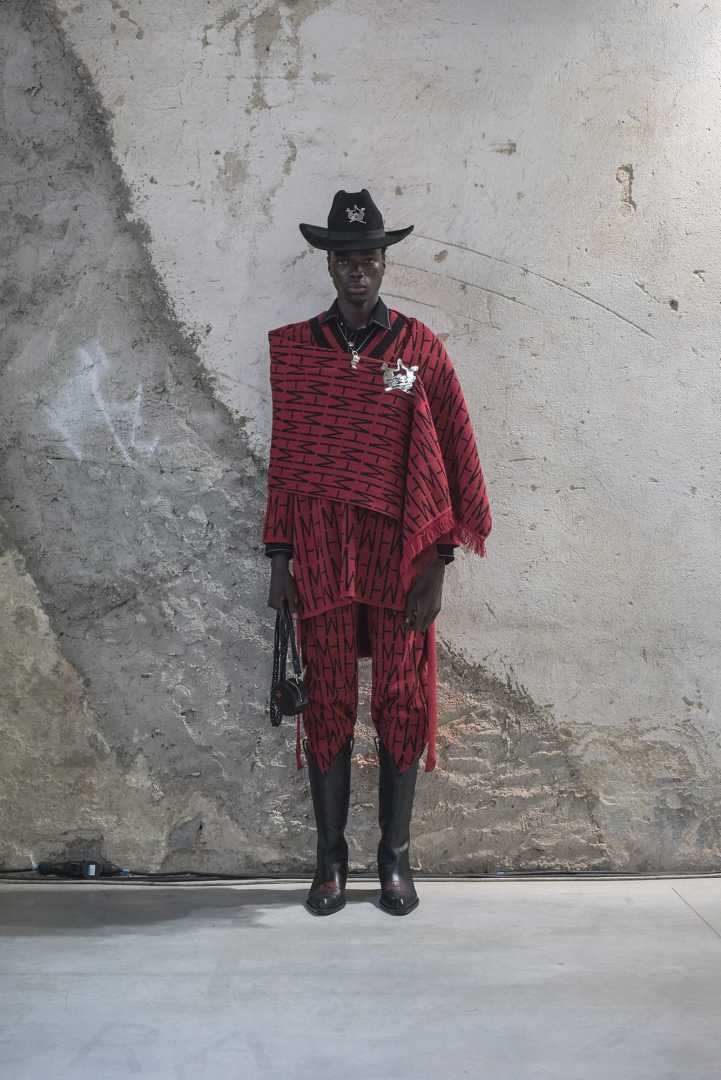 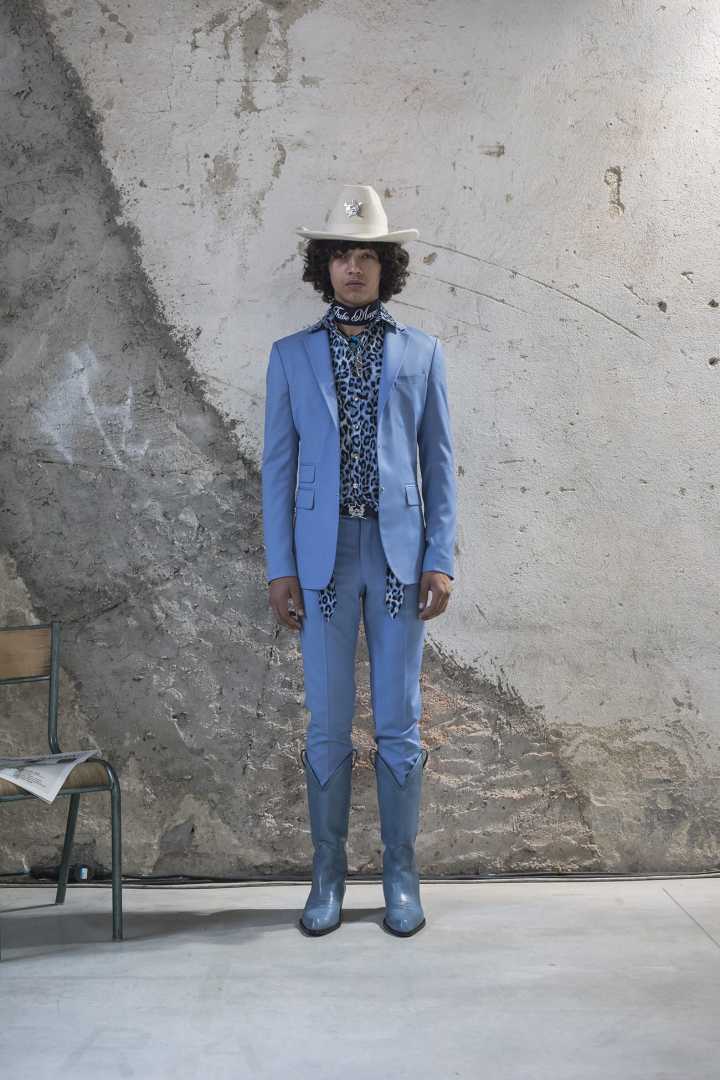 “Doublethink” SS22 - the first full menswear collection by Thebe Magugu debuting at PITTI UOMO - looks at corruption in Africa and the whistleblowers who challenge it. “In many ways, the societal ills the continent wrestles with stem from the insidious actions of its leaders. In South Africa, we have regularised the daily tales of missing millions and economy-controlling families. These stories become dinner-time anecdotes, which minimizes the devastating ramifications that corruption holds - from increased gaps in education and equality to the mismanagement of public goods and service, which often always morphs into violence. Corruption is a global issue, which defeats the ends of justice and deters a country’s sense of safety and trust. However, some strong individuals have said ‘enough!’ - the brave women and men who have come forward as whistleblowers, who have exposed the level of rot from companies and institutions both private and state”.

Mandy Wiener’s book, “THE WISTLEBLOWERS”, forms part of the collection’s conceptual framework. “Whistleblowers are not celebrated or cast as heroic characters. Instead, they are largely treated as insubordinate, pariahs or troublemakers, wearing the scarlet letter W and unable to find employment. I have chosen to shine a light on the plight of whistleblowers in South Africa, in the hope to advocate for a change in legislation, organisational support and a change in social attitude”. This started the collection’s strong western influence, which explores the idea of Black Hat Bandits and White Hat Heros. Silhouettes in the collection explore an evolved masculinity, which merge the classics of mens tailoring with the elaborate detailing of the Great Basin buckaroo, which has obvious roots in the Spanish vaquero. The colour-way includes high-veld yellows, bushy greens and baby blues, which all burn into hots like sour orange and blood red. The colours were pulled from both the previous and the current national flag.

For the collection, the illustrious political cartoonist Jonathan Zapiro - whose intelligent and confrontational illustrations have burnt onto our collective cultural hive mind - contributed his archival works to be used as headlining prints. The artworks “SA Body Politic” and “Zuma must Fall”, which have been used across linen, denim and cotton, describe the country’s decimated democratic landscape through Zapiro’s classic use of hyena’s to illustrate political crooks, who have mastered the art of manipulating. This references the collection’s title “Doublethink”, a term coined in George Orwell’s seminal novel, “1984”, which is defined as the act of simultaneously accepting two mutually contradictory beliefs. Corrupt politicians are conscious of the truth, while telling carefully constructed lies - the art of knowing and not knowing.

The Thebe Magugu “Soft’Tsotsi” Boots - the first menswear shoe proposition from the brand - are black knee-length equestrian boots which feature on their toe the newly-developed ‘TM’ brand insignia and on their calf, an inflamed red cut-out of our Sisterhood Emblem. Humour tinges the boot through a custom stainless steel spur that features a rotating cut-out of our brands logo.

The collection has an associating newspaper, created under the brands publishing arm FACULTY PRESS, and done in collaboration with leading South African newspaper THE DAILY MAVERICK. The 32 page newspaper features articles exploring the true cost of corruption on the country and continent from leading journalistic voices like Ferial Haffajee, Branco Brkic and Sibusiso Ngalwa, with a paper by fashion theorist Erica De Greef.

The DOUBLETHINK collection was presented at an installation on the 1st of July 2021 at Archivi – Fortezza da Basso Viale Filippo Strozzi 1, Firenze during Pitti Uomo. 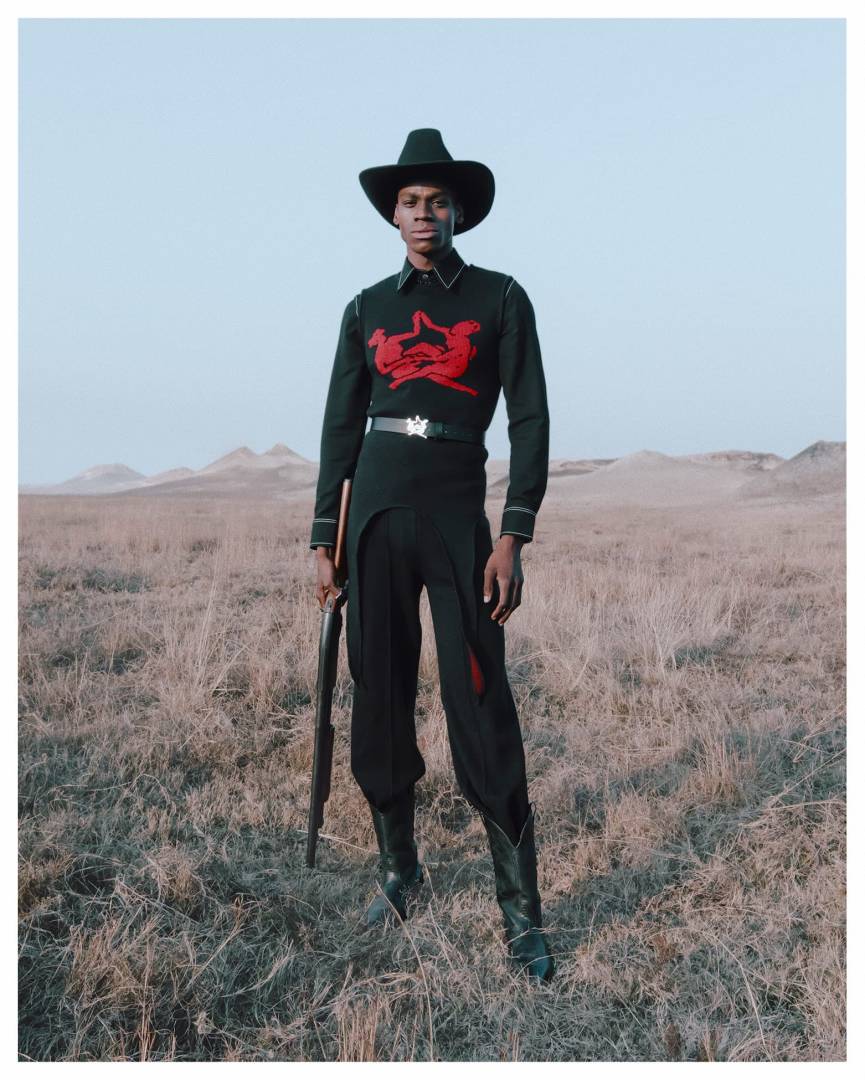 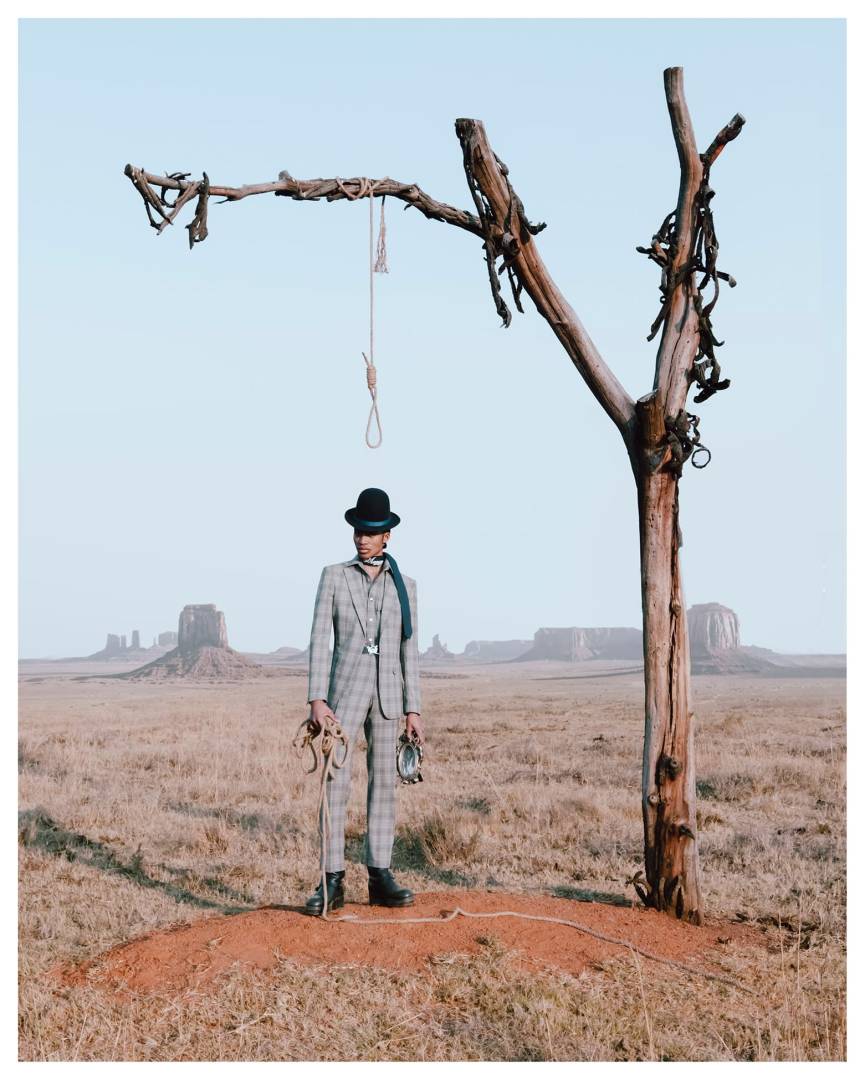 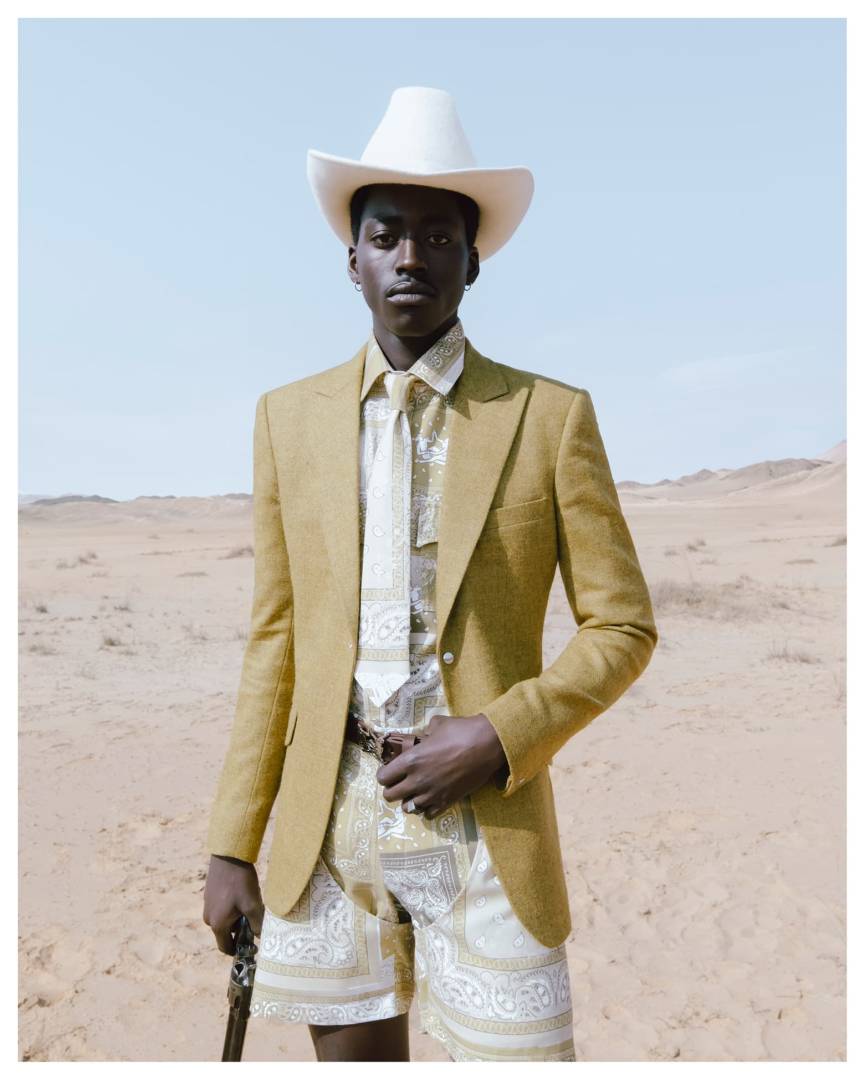 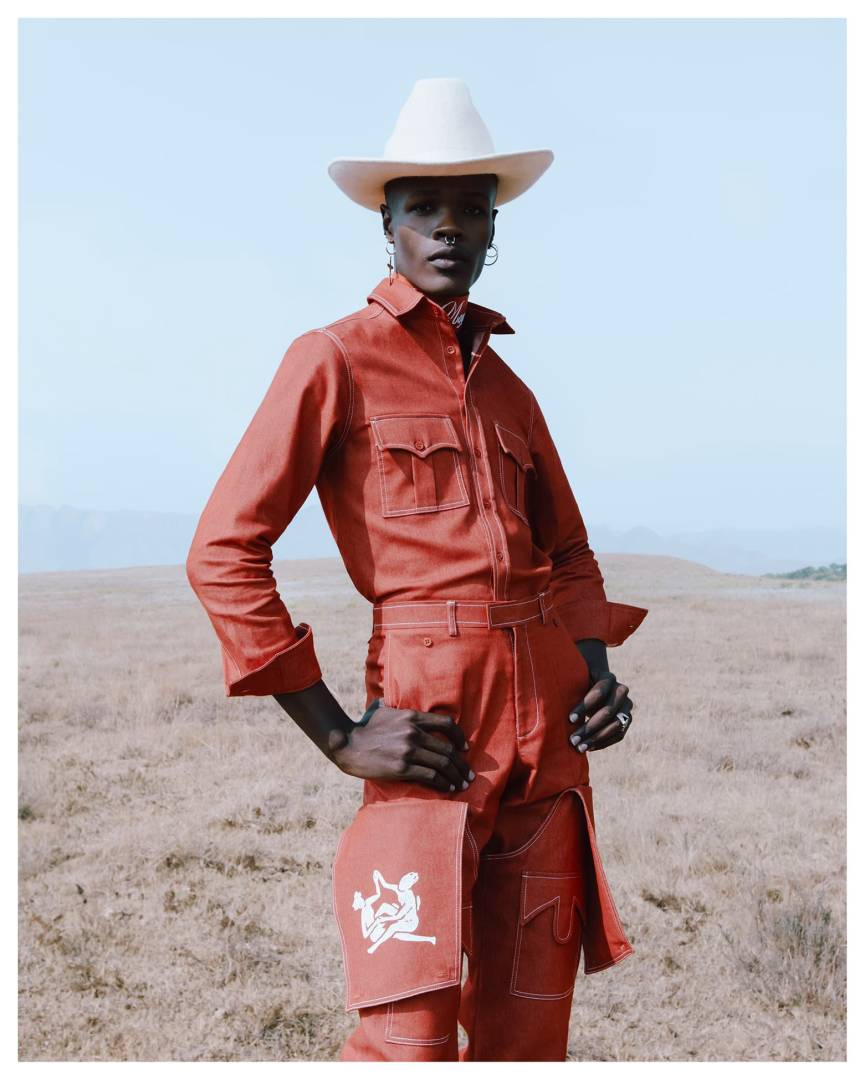 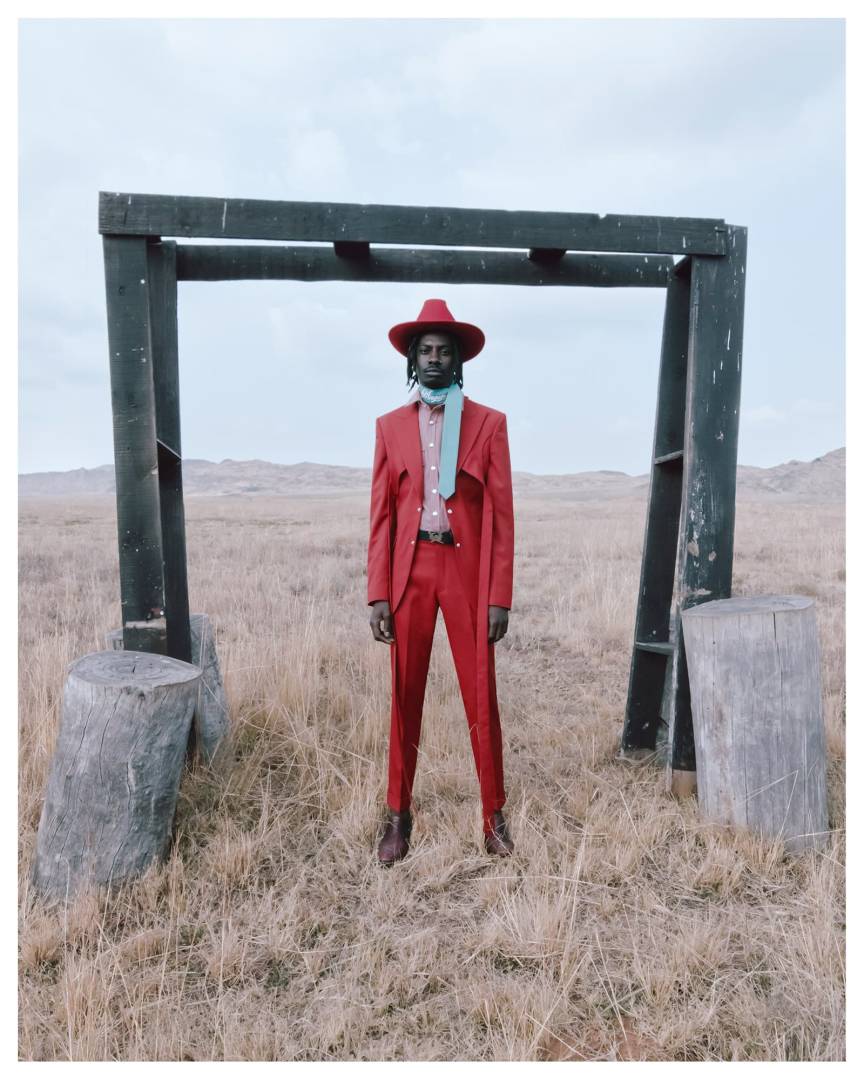 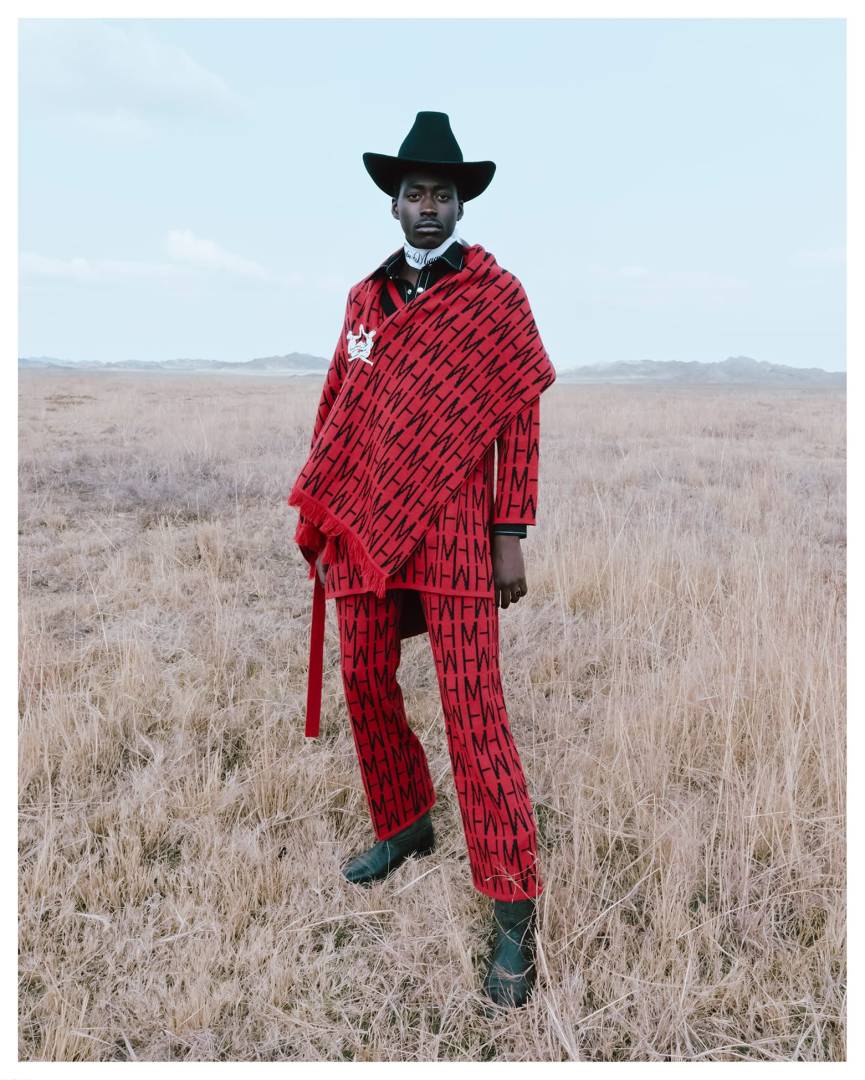 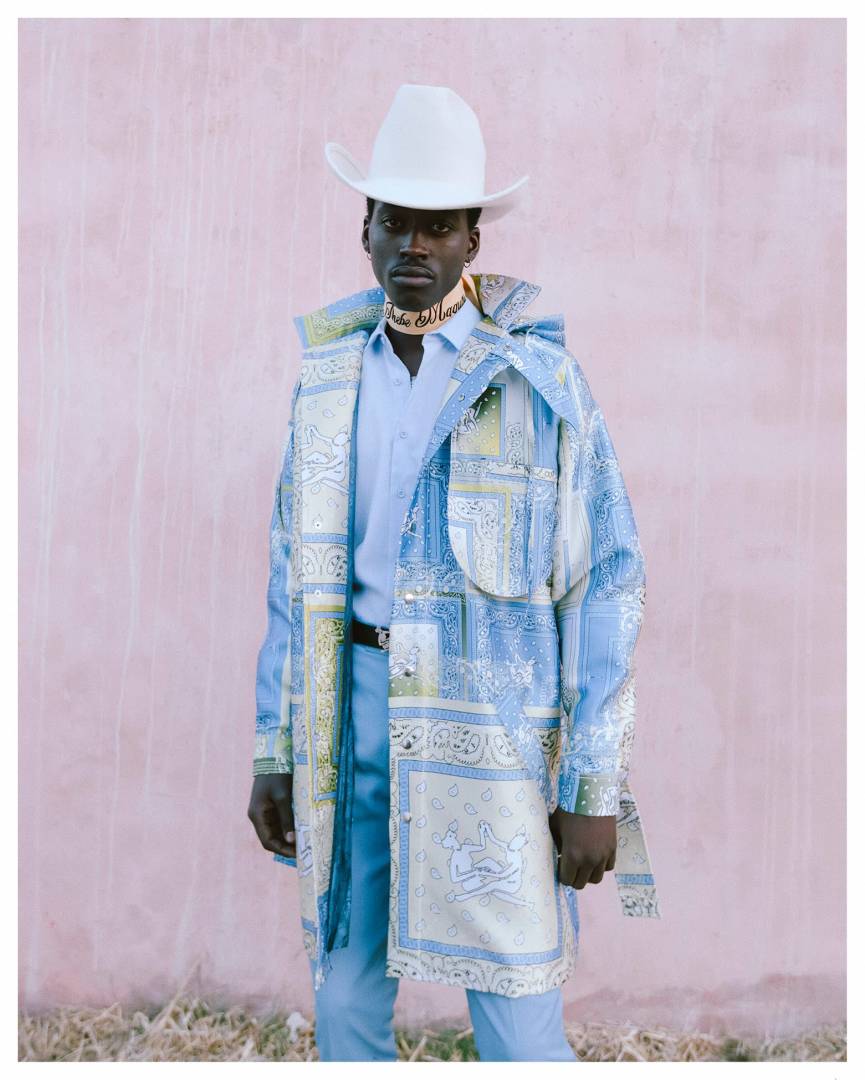 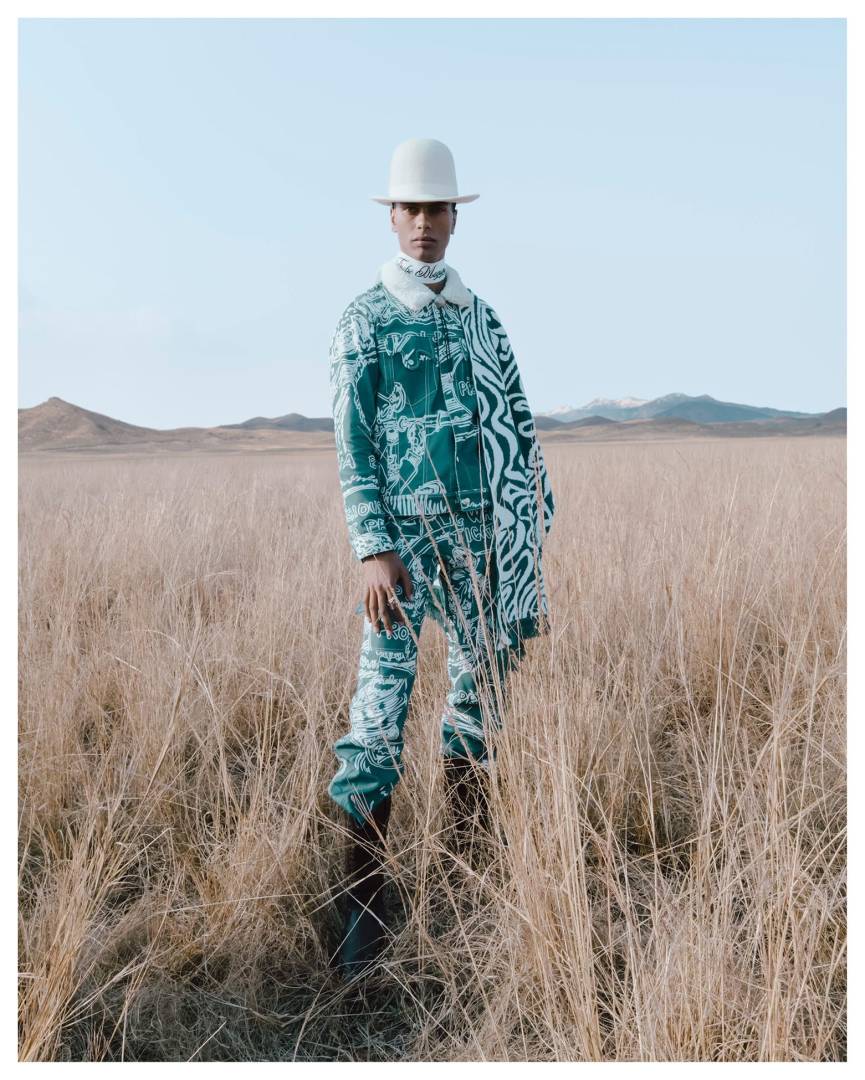 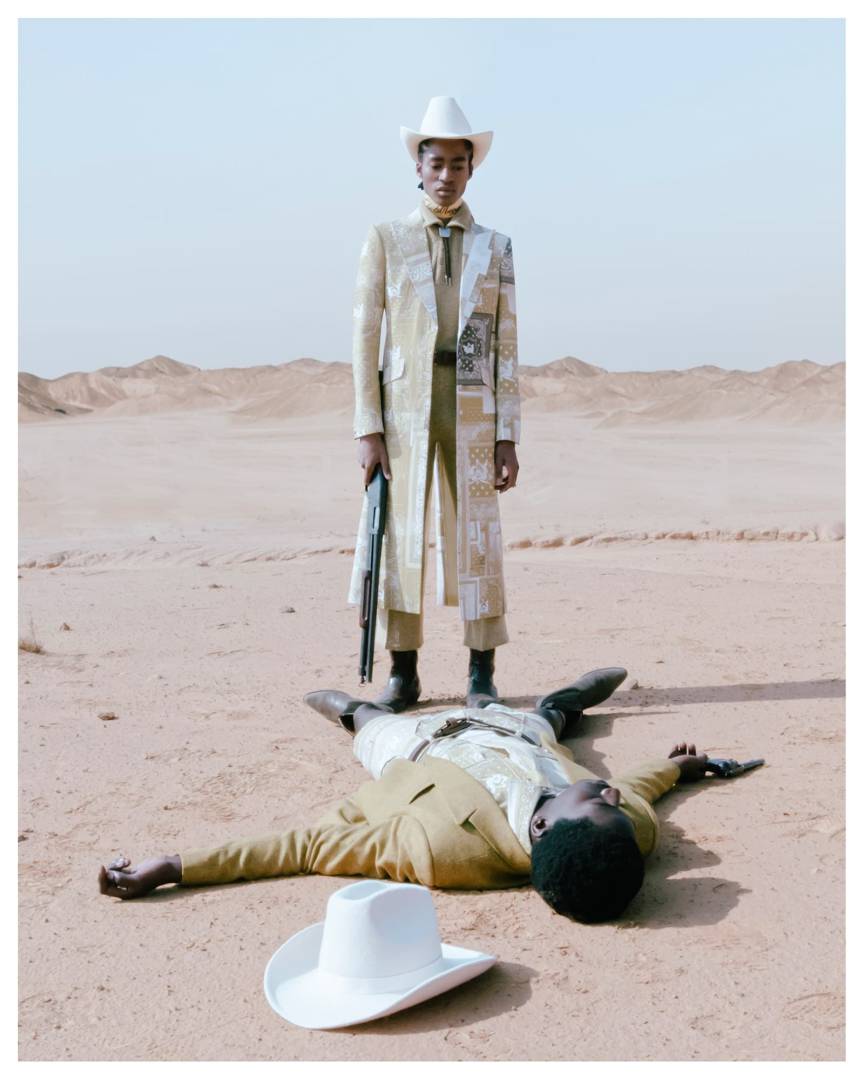 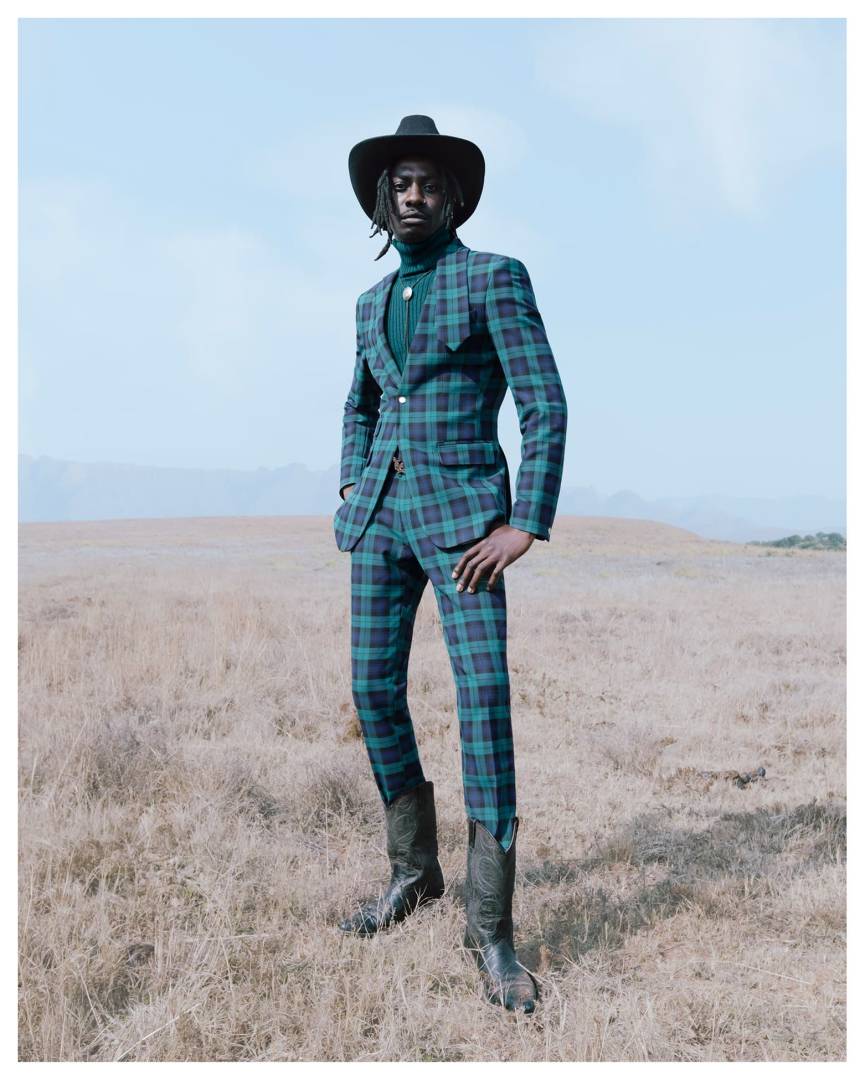 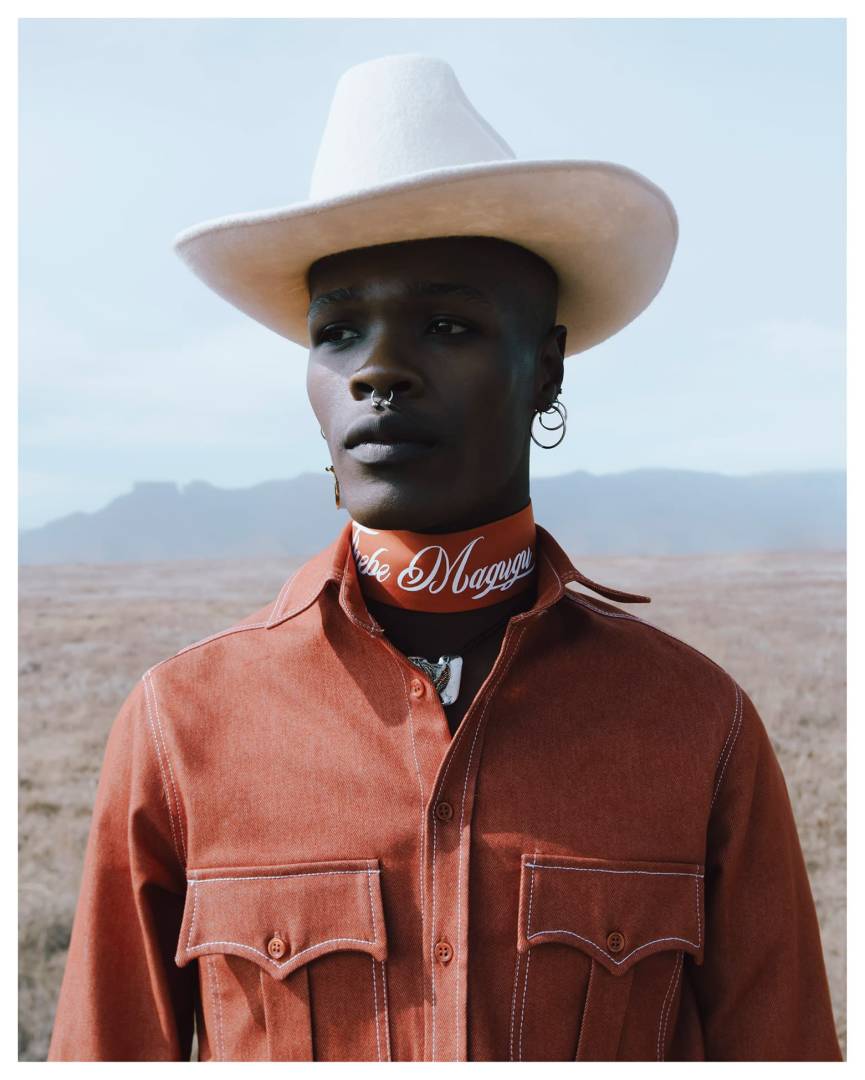 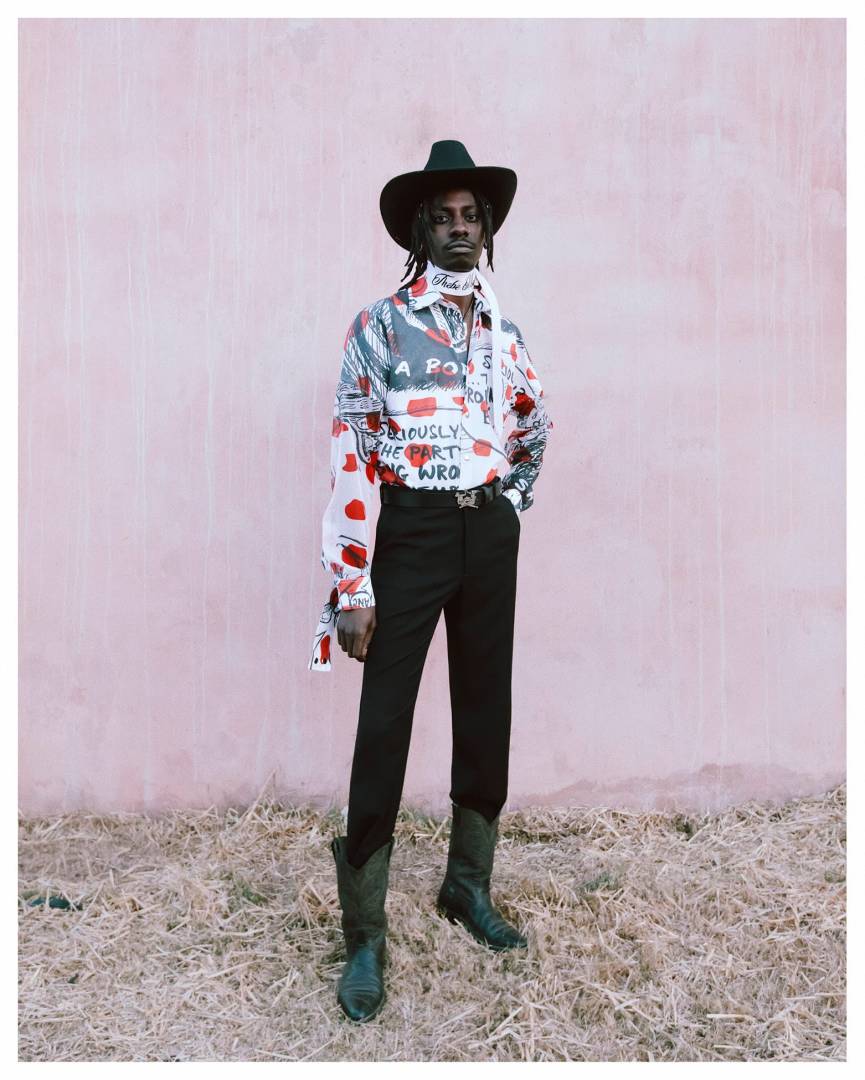 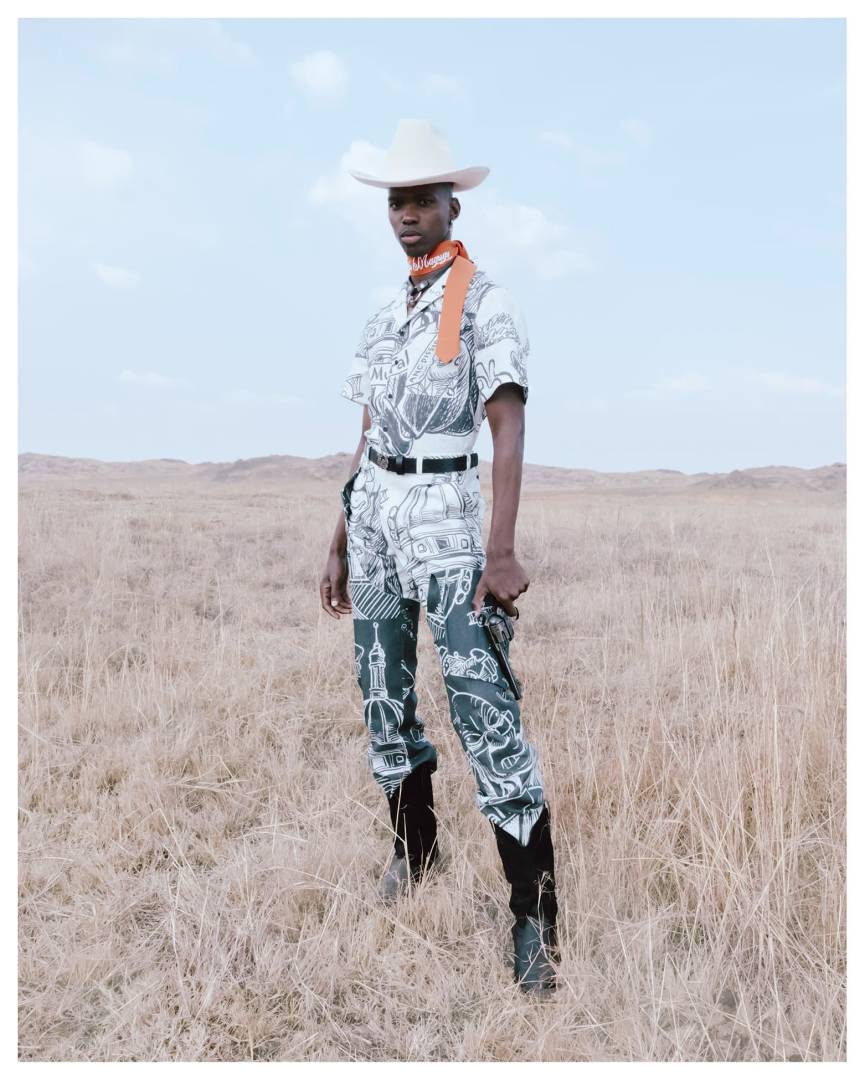 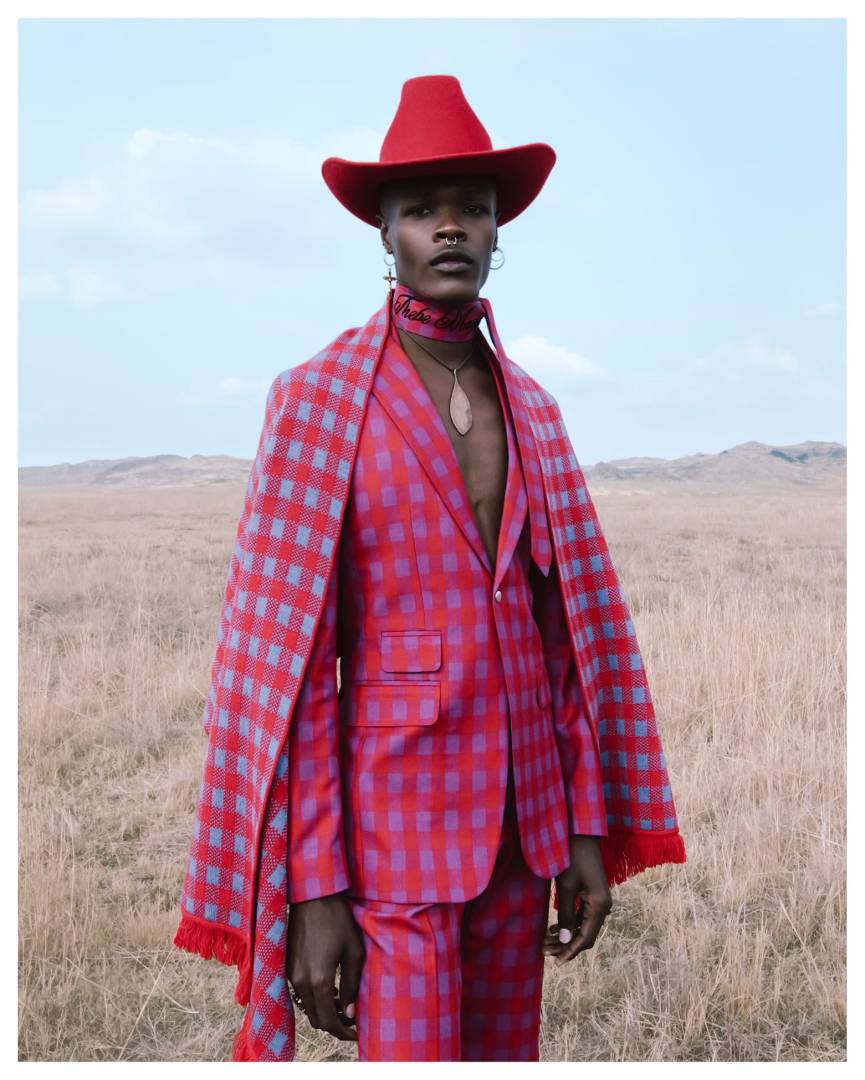