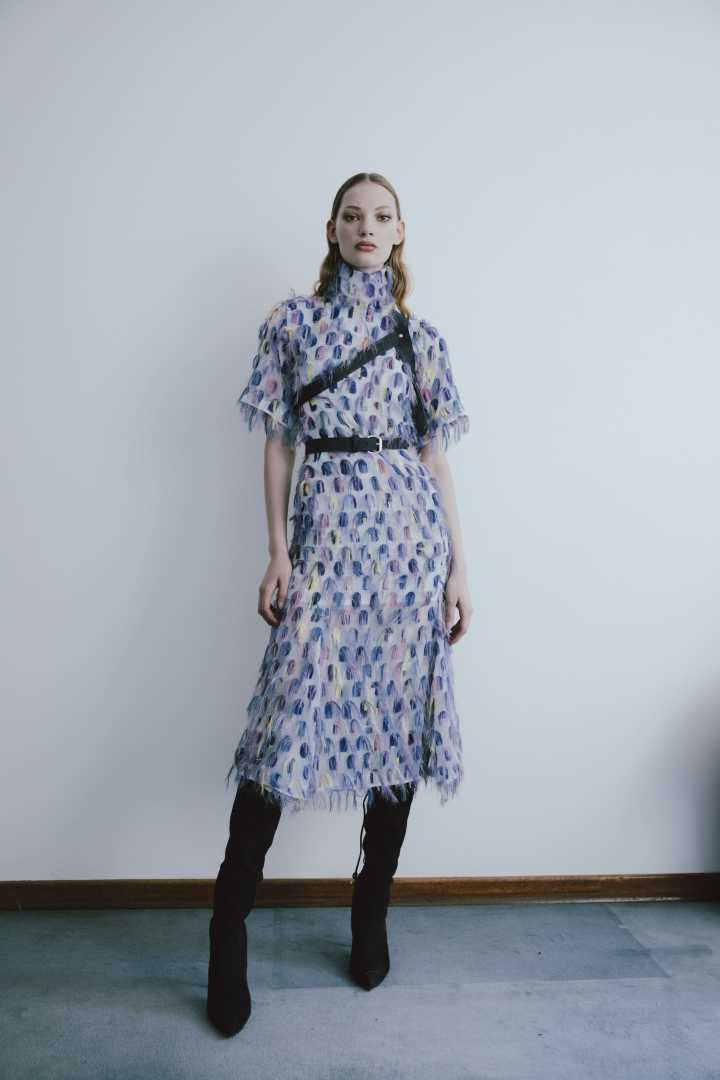 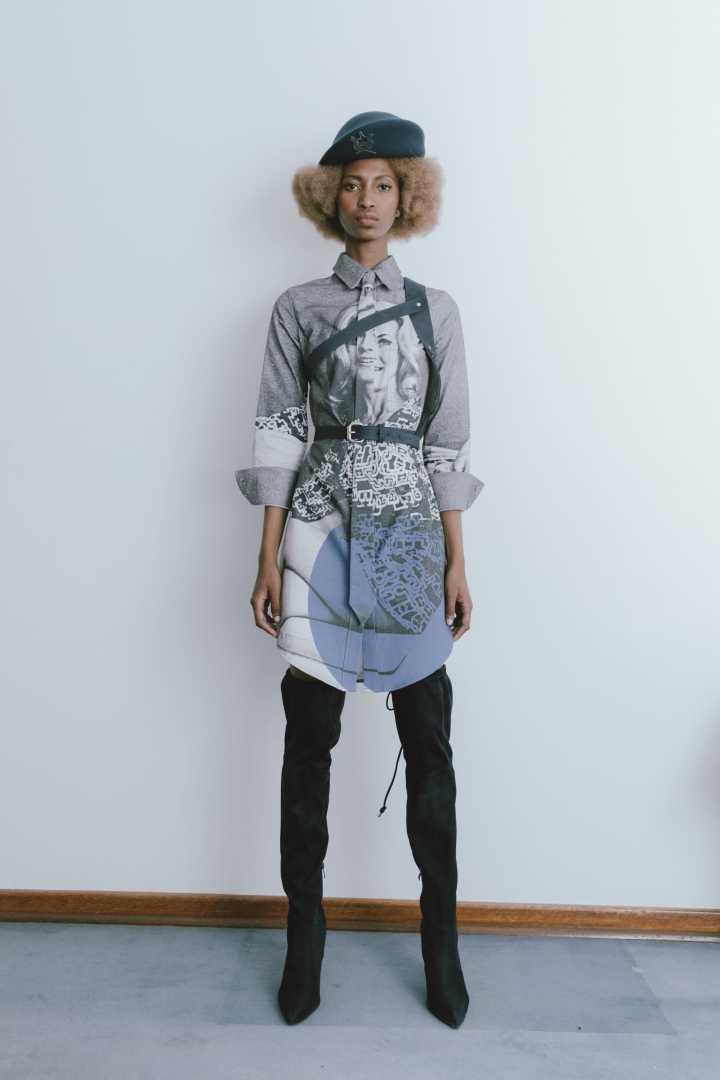 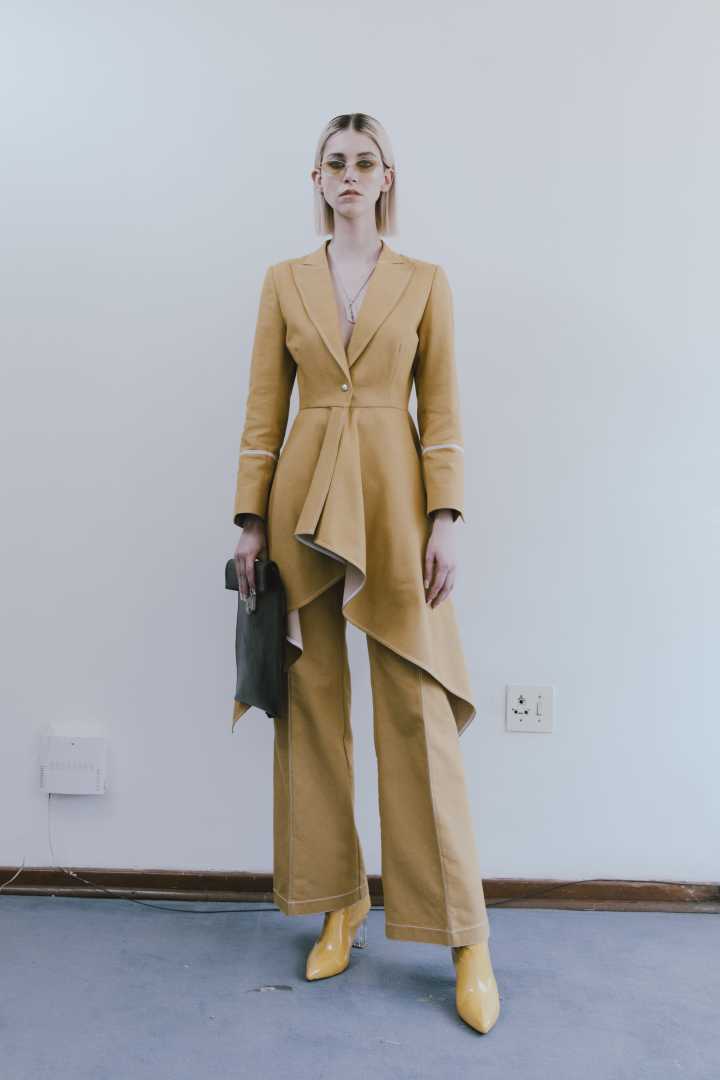 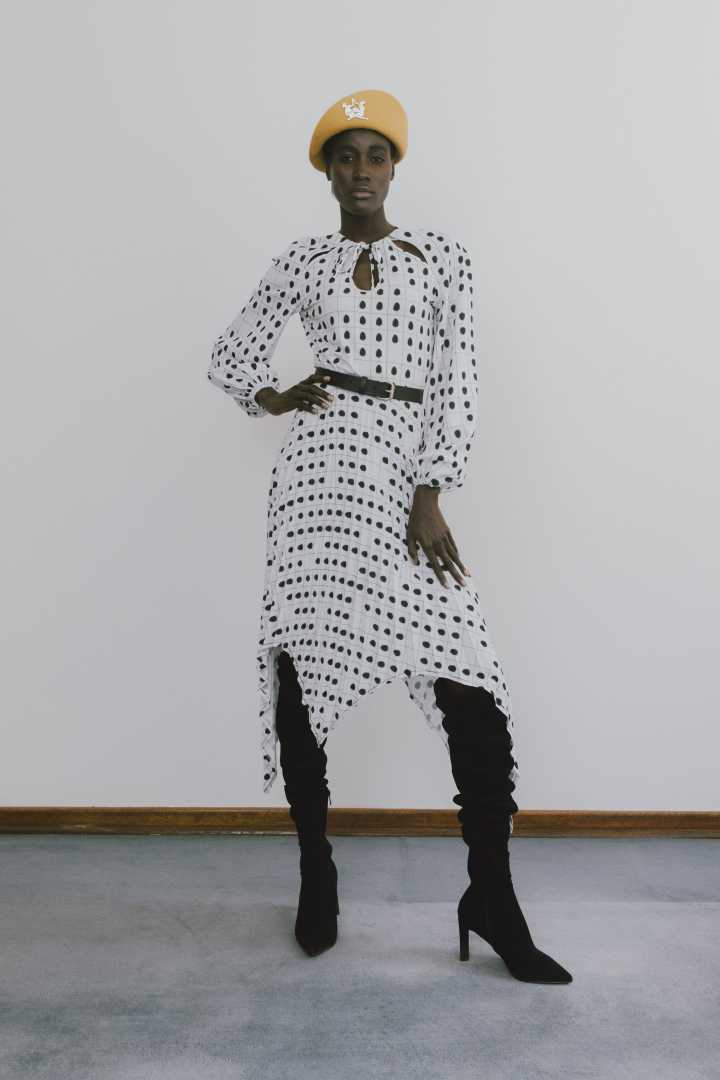 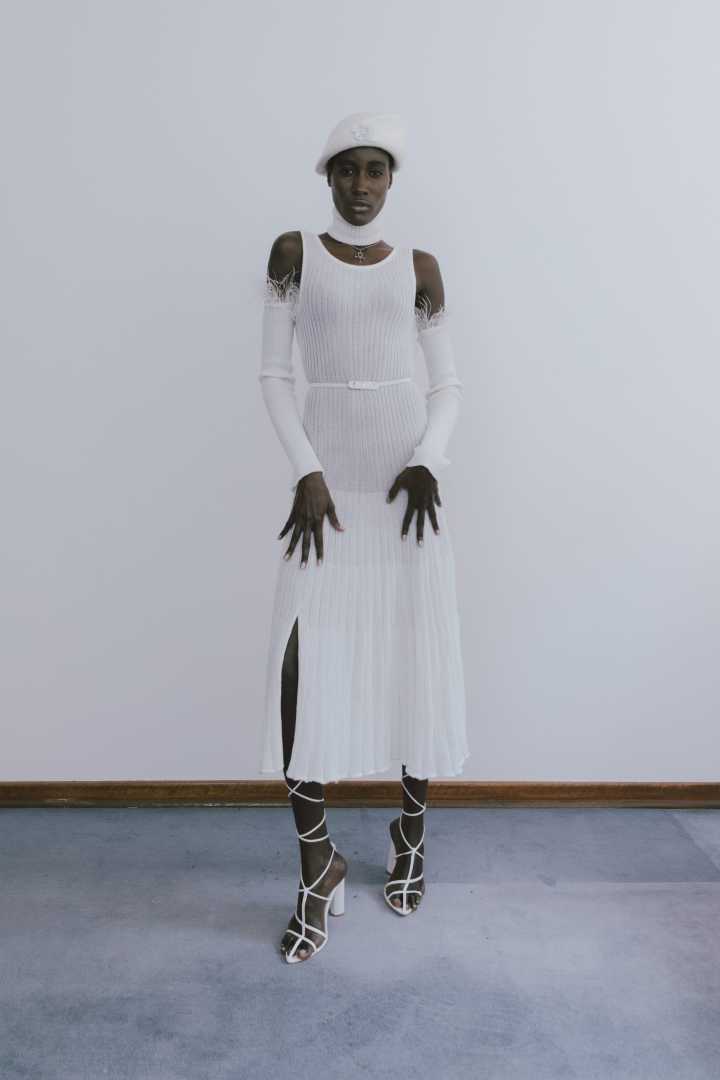 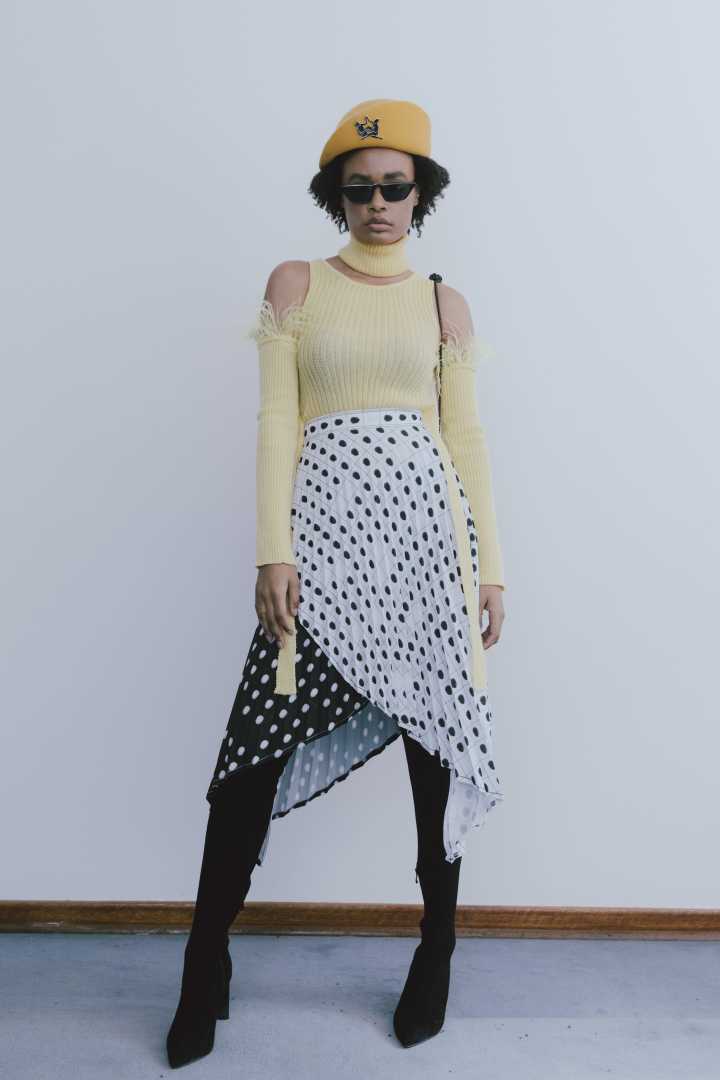 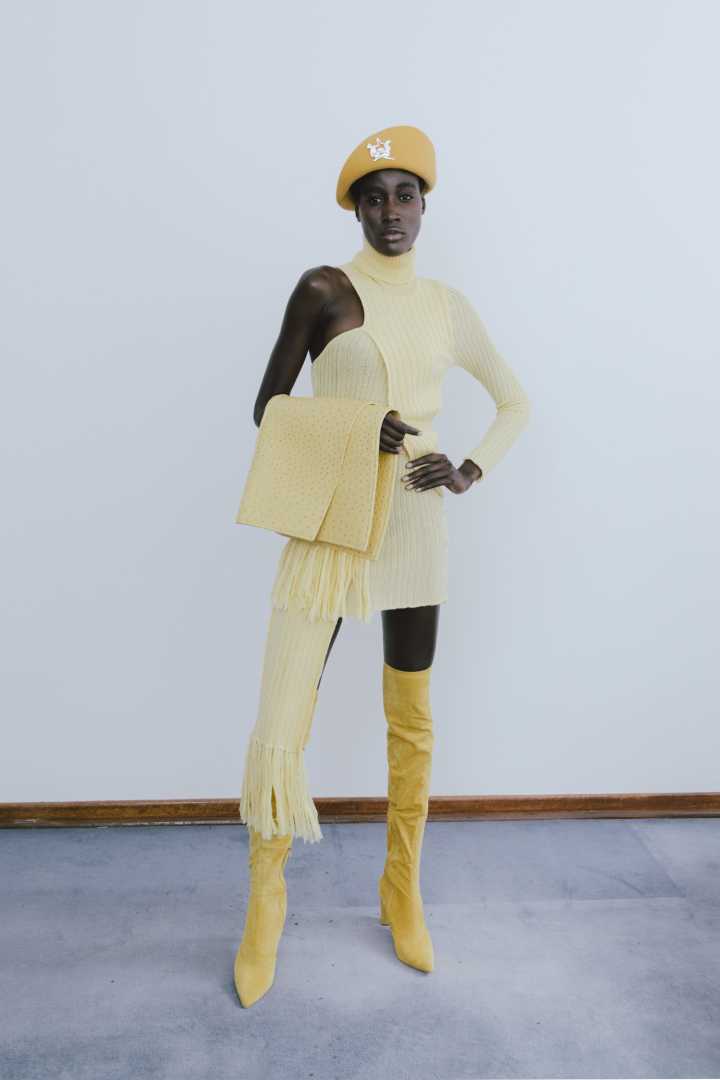 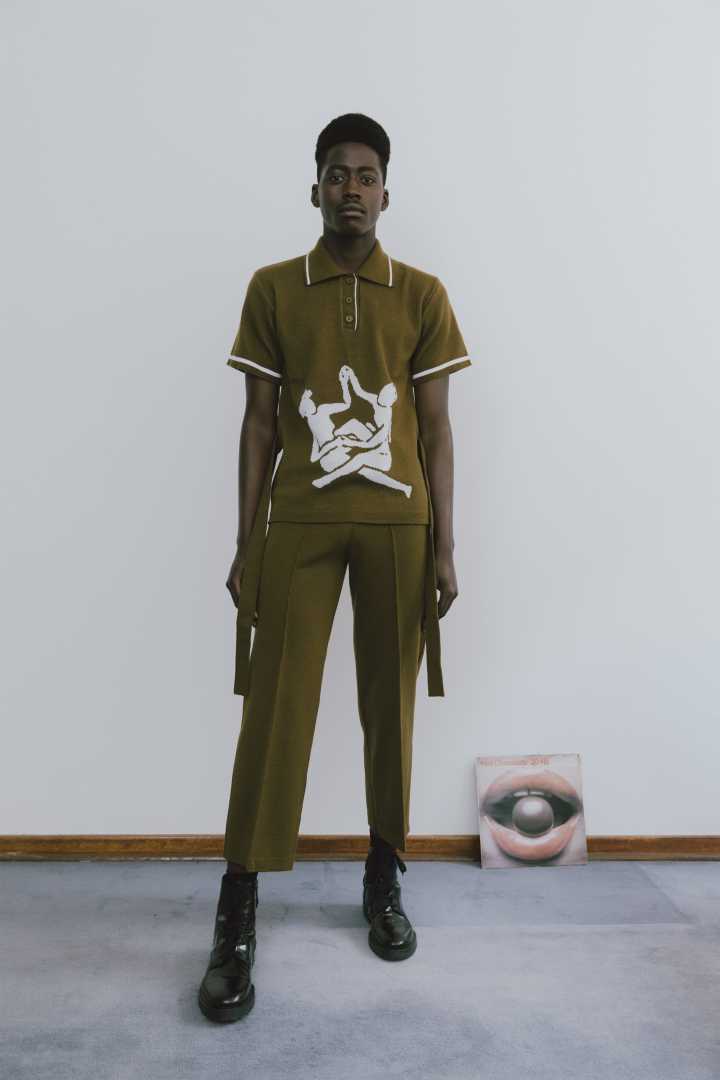 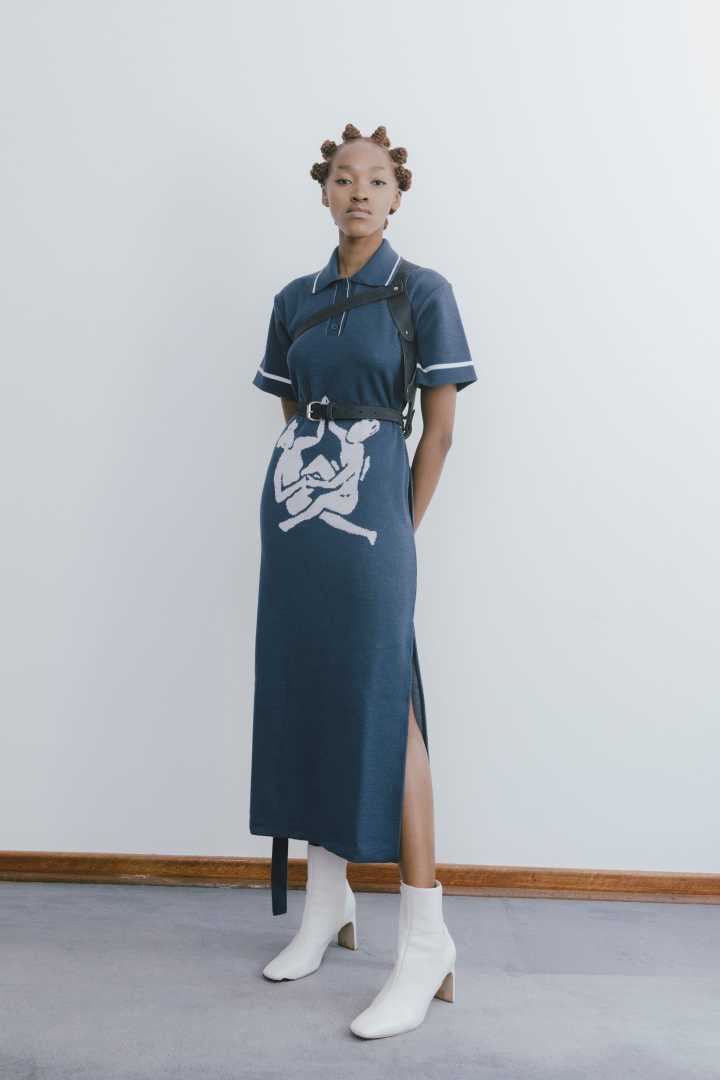 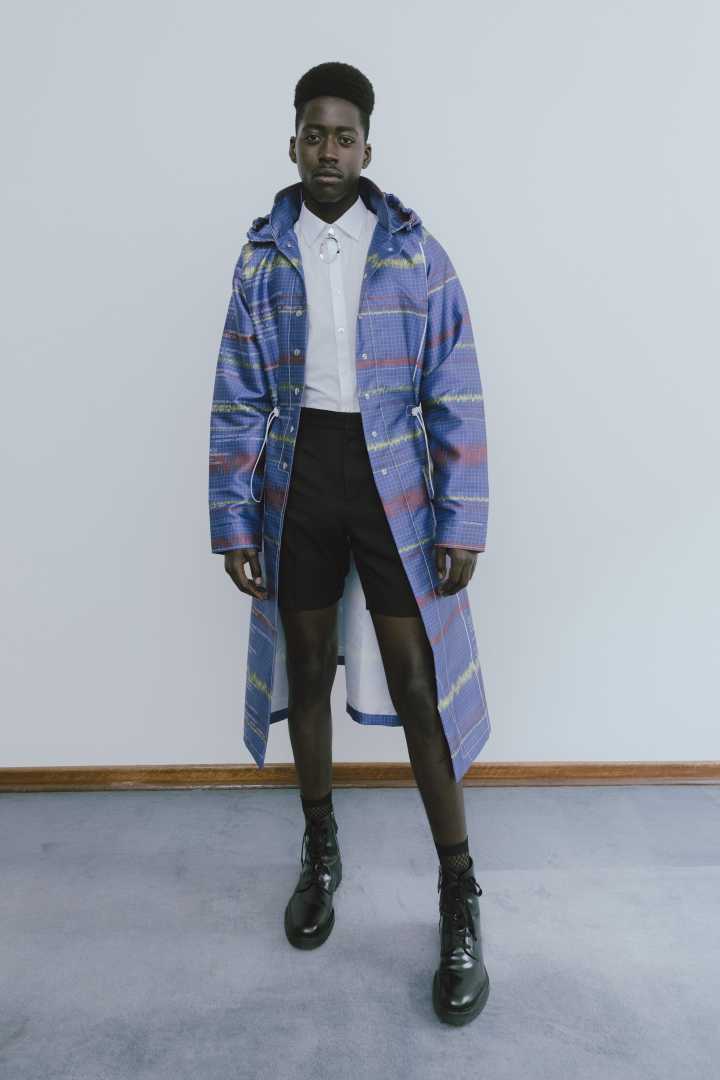 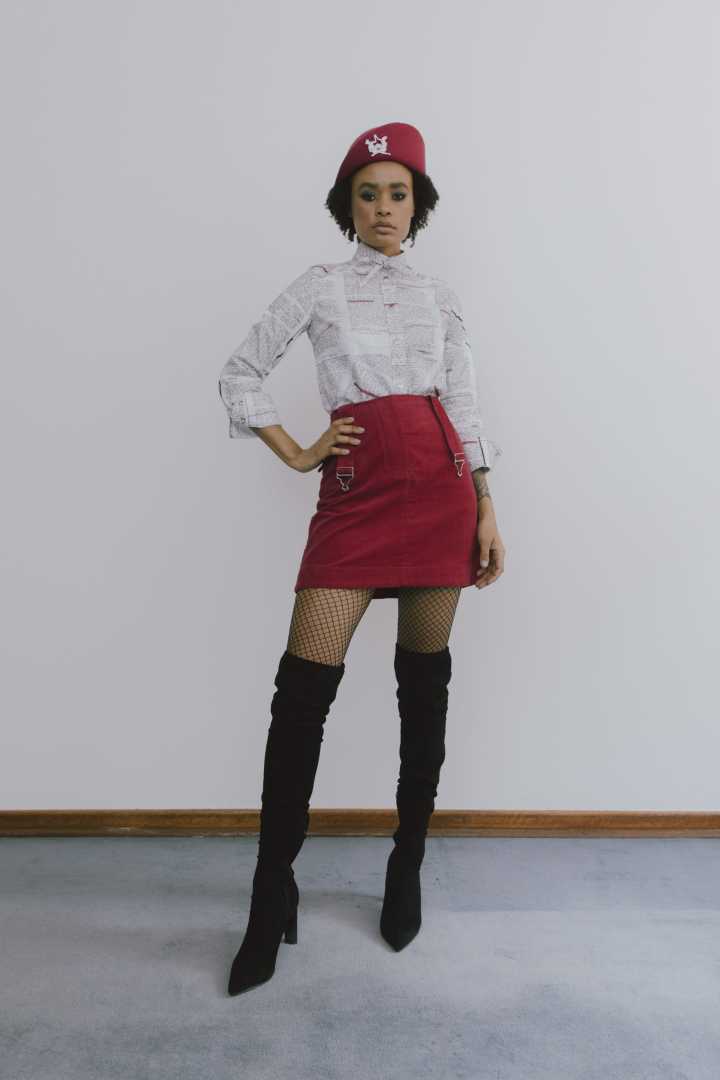 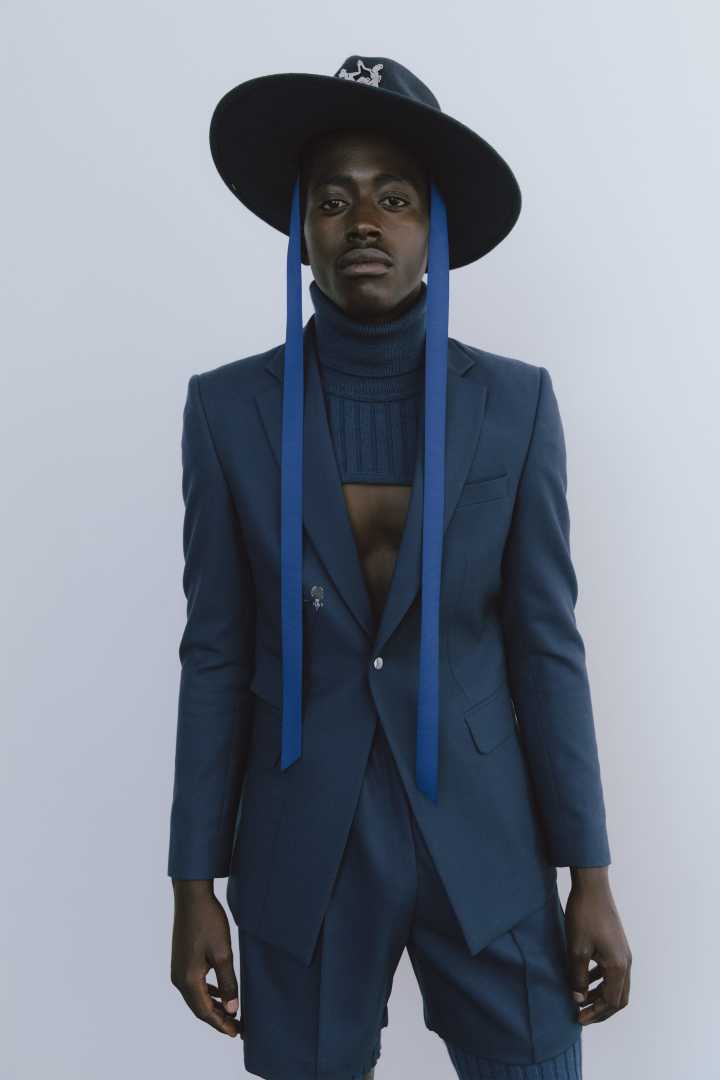 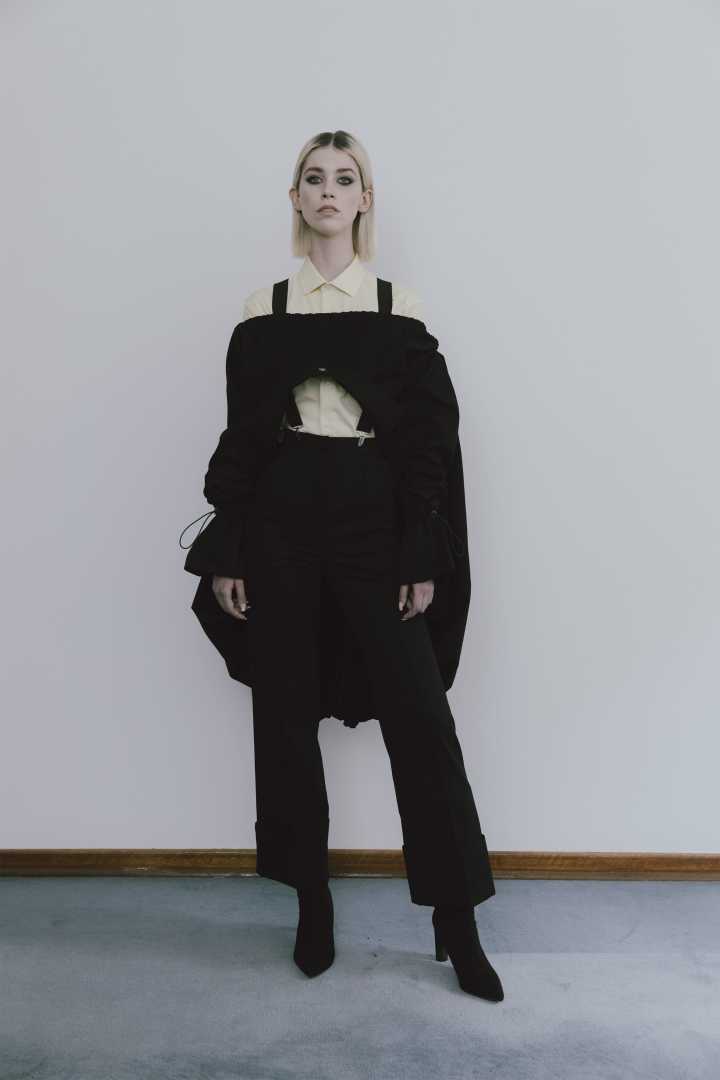 “Our immediate picture of spies is largely informed by their portrayal in popular culture – slim, ostentatiously demure, fashionable and aloof. Truth is, spies are all around us, they are our beloved teachers, friends and family members”, he says of the collection’s premise, which features a 14 look offering across womens and mens. “It got me thinking – what drives one to commit high-treason?”

Showcasing as a digital presentation for Paris Fashion Week, the film for COUNTER INTELLIGENCE is a narrated account of various spies and their tribulations, as documented by Jonathan Ancer in his book “BETRAYAL: The Secret Lives of Apartheid Spies”, who provided valuable information during the inception of the collection. Shot by Kristin-Lee Moolman and styled by Ibrahim Kamara, the film follows models in a variety of compromising situations, caught either on CCTV or Secret Surveillance, all dressed in the SS21 collection.

To mimic the chameleon characteristics of a spy, the collection swings from sharp tailored pieces to feminine  free-form dresses. One trompe-l’oeil dress in particular is spotted with polka dots but upon closer inspection, these dots are actually the scanned fingerprints of confessed spy Olivia Anne Marie Forsyth, who contributed the fingerprints exclusively for the collection.

There are maximal touches to an otherwise minimal style, like a sheath dress embroidered with yellow, pink and blue fluff, speaking to the idea of peacocking, or “to hide in plain sight”.  Prints in the collection feature authentic documentation – like the cotton blouse featuring the print-out of an official in-camera confession provided to THEBE MAGUGU by the Judicial Branch of the South African Government.

The 3 menswear looks follow the idea of a tailored casualism, with militant colour-ways of saturated olive, indigo blue and yellow accenting. Details include a barely-there screen-print of a wire mic running up the lapel of a jacket or a high-twist satin parka in a mixed media print which merges a scan of a polygraph test with an internet phishing virus that was written exclusively for the collection by musician and coder Una Rams.

Committing to the theme, accessories include a leather holster in a navy nappa leather and A4 Leather Satchel that can only be opened via password. 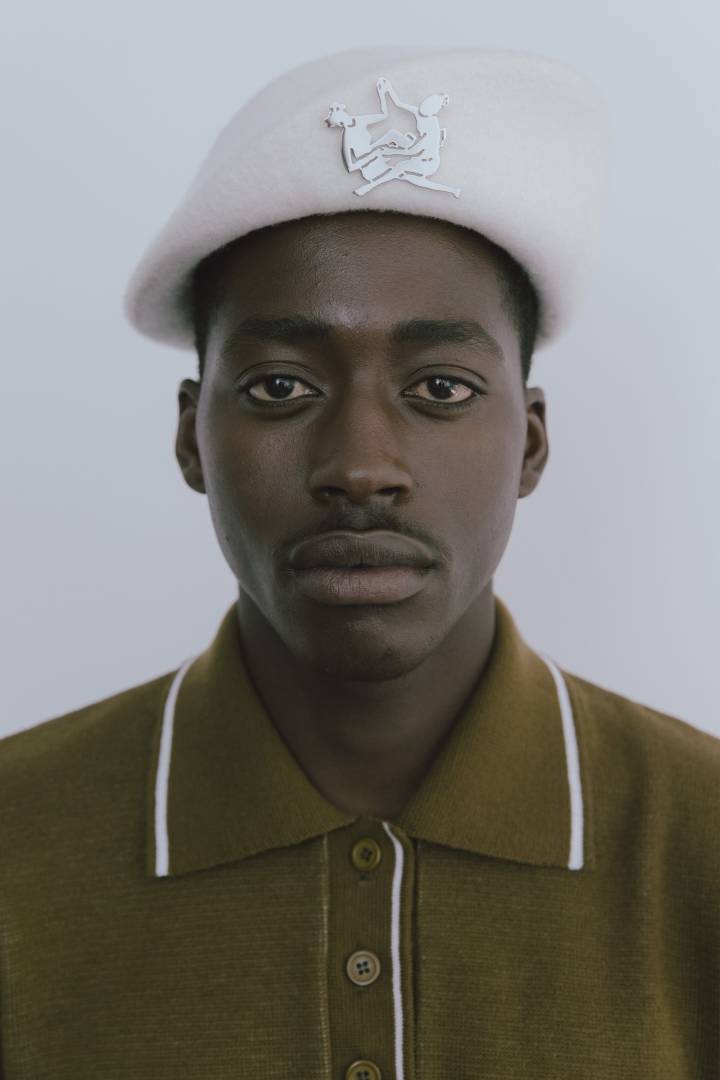 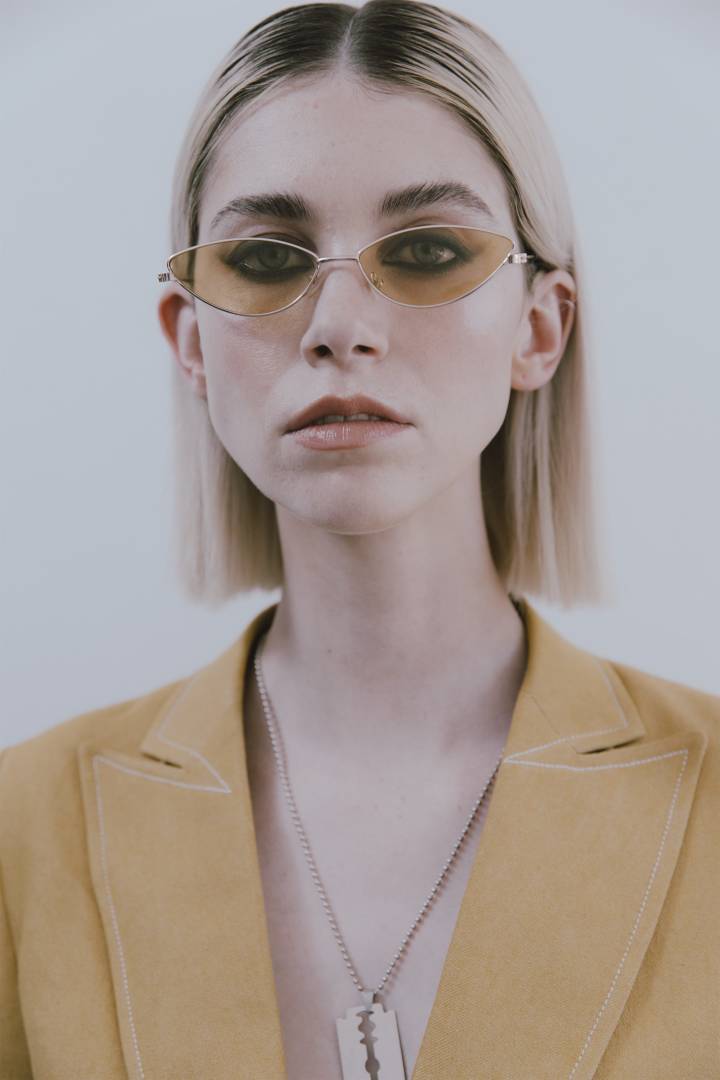 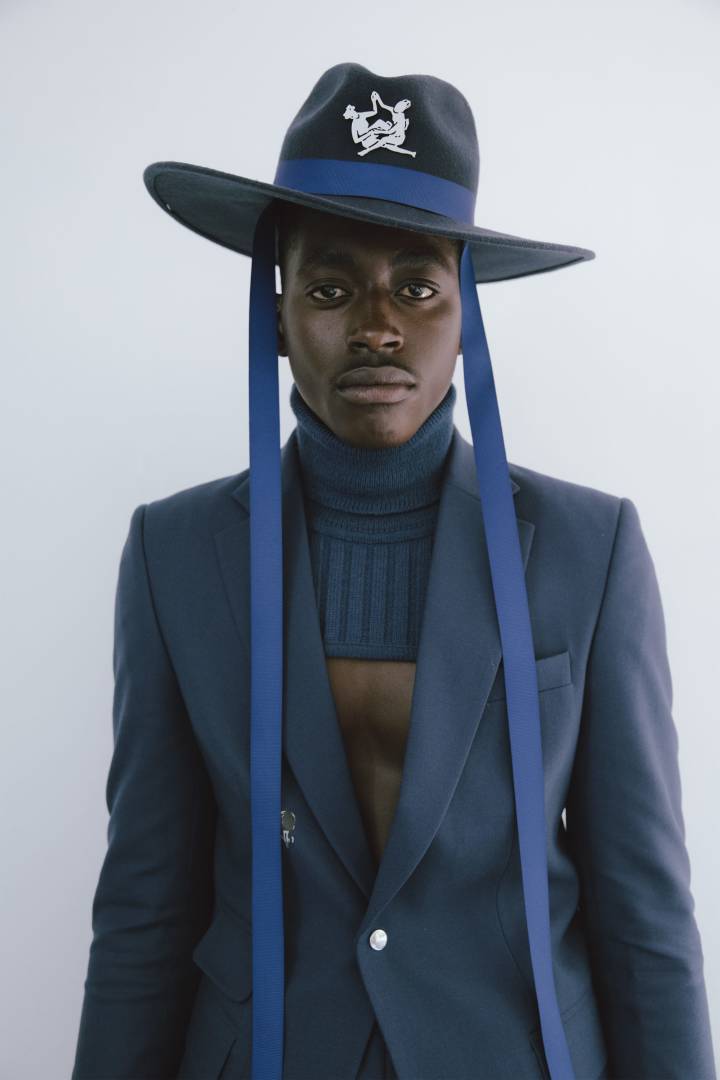 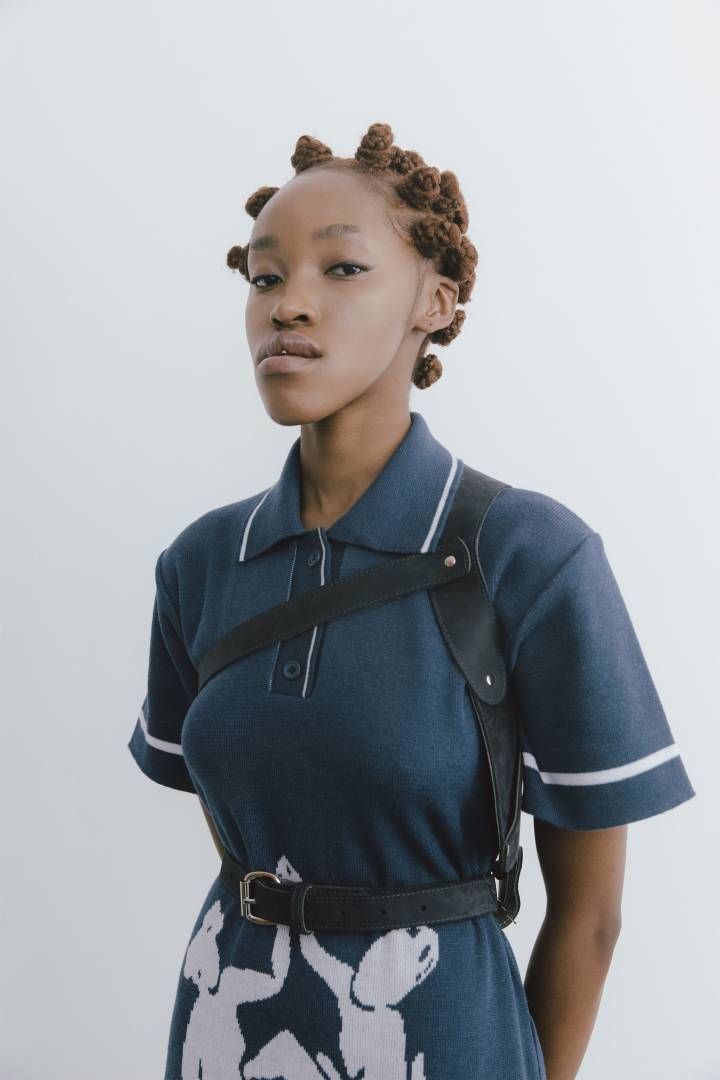 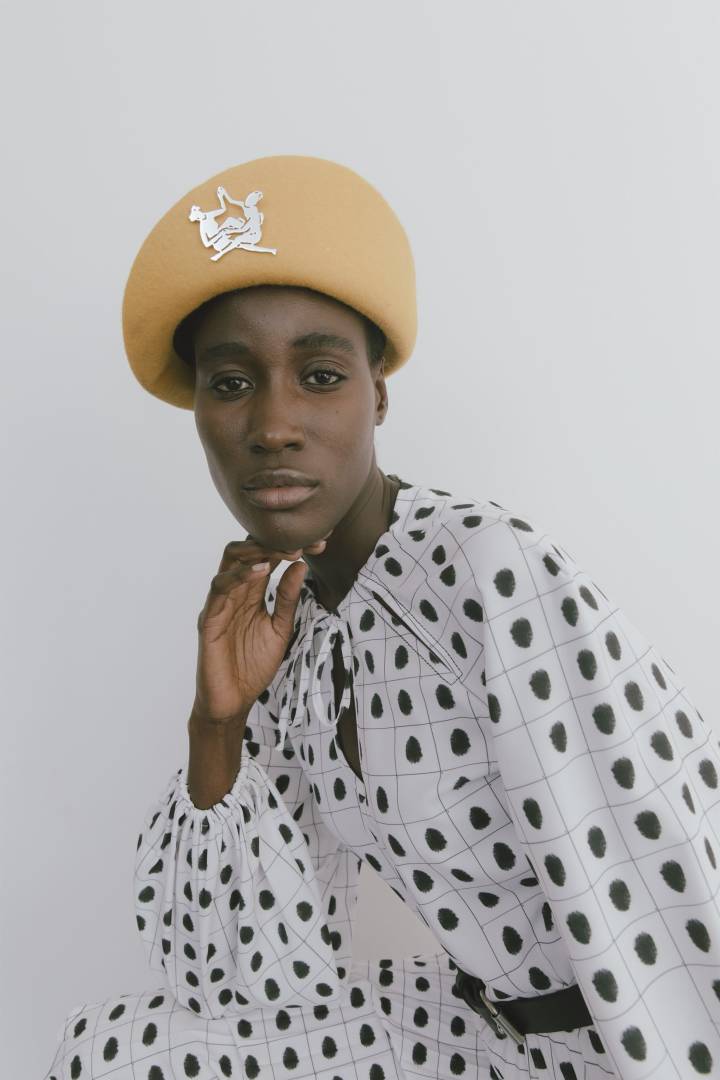 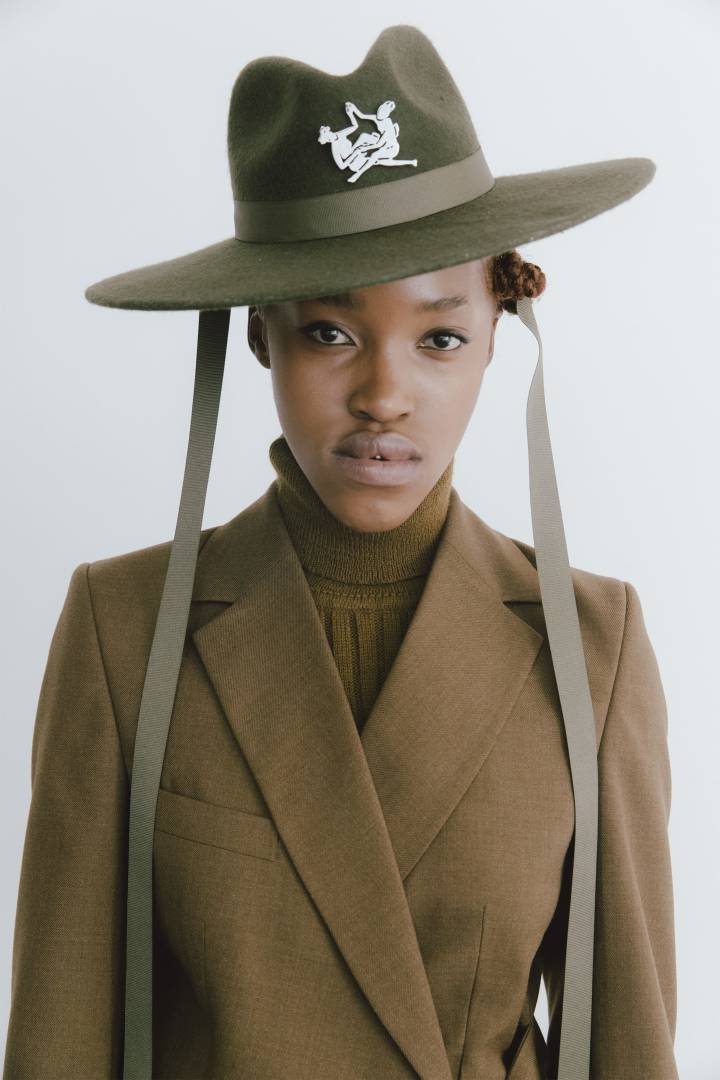