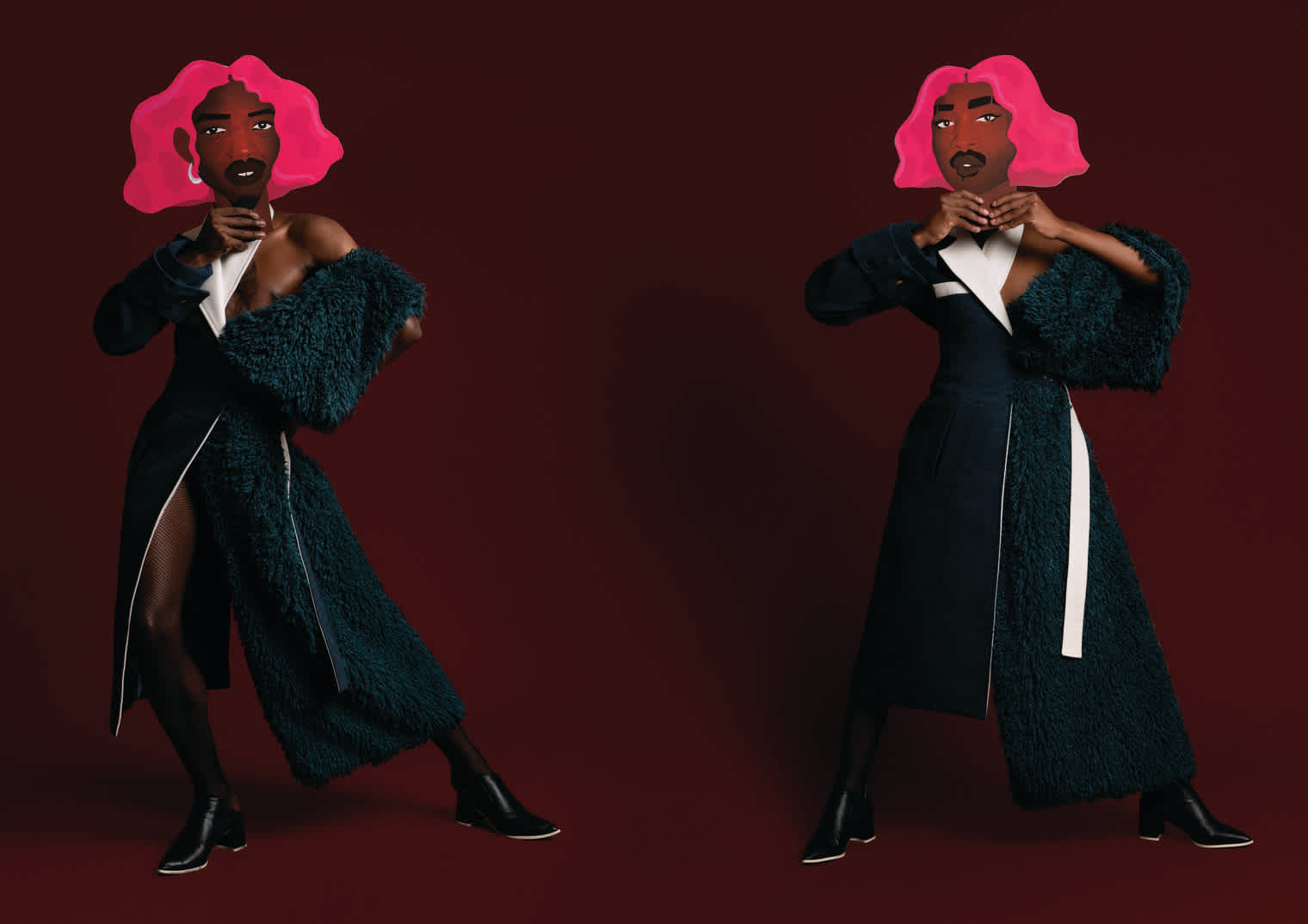 “3Sum birthed FAKA,” tweeted Fela Gucci, paying homage to South Africa’s first openly gay pop group. 3Sum’s Koyo Bala, Jeff Moyo and Amstel Maboa walked so the rest of us could run. We couldn’t be more thankful for those who paved the way in mainstream media.

We often take the politics of representation for granted, especially in the local context, where being queer in a violent yet “progressive” country such as ours is hard to navigate. Often, media representation of queer bodies is biased and skewed, which is why the internet has become a tool for many young South Africans to represent themselves in the way they see fit. In the same way, FAKA has massively scaled and established a cultural movement way beyond the “performance art duo” description since their inception in 2015. This has been by releasing music, hosting events such as Cunty Power and mentoring younger South African queer artists such as Nkuley and Bradley (K.Skits).

Writing this cover story is something I could only have dreamt of. In the days leading up to the shoot and interview, I didn’t get to sit down with Fela Gucci and Desire Marea, between the hectic schedules and performance tours. I relied on my recollection of having witnessed their transcendence into their artistry in the past few years, and then looked beyond it, reflecting on their humble beginnings as individuals behind the art. When one considers that charity begins at home – particularly where the beginnings are humble – it’s important to recognise the interconnectivity the internet provides us as a catalyst for these important collaborations, where our voices become echoes that validate our communities’ experiences.

“I grew up in Katlehong in the East Rand of Johannesburg,” says Fela Gucci. “It is like any other township in South Africa where poverty is rife but people still dream and thrive. I lost my parents at a young age, so I was raised by my grandmother who worked hard for my family and I to live the life she felt that we deserved. I carry her strength and teachings with me and they have given me the tools to navigate life today.”

Desire Marea grew up in Amandawe, a rural town in the South Coast of KwaZulu-Natal. “Nobody really knows anyone from there, if they know the place at all. Existing in that condition of perceived invisibility fuelled my curiosity about worlds beyond the one I existed in, and one such world was the one I saw on television every day; Johannesburg, and later the world,” says Desire Marea. “Any fear of being in a foreign or strange place seemed significantly smaller than my dream to be seen and heard, so I left. Luckily, I come from a supportive and loving home, so I will never lose connection to the world I grew up in.” 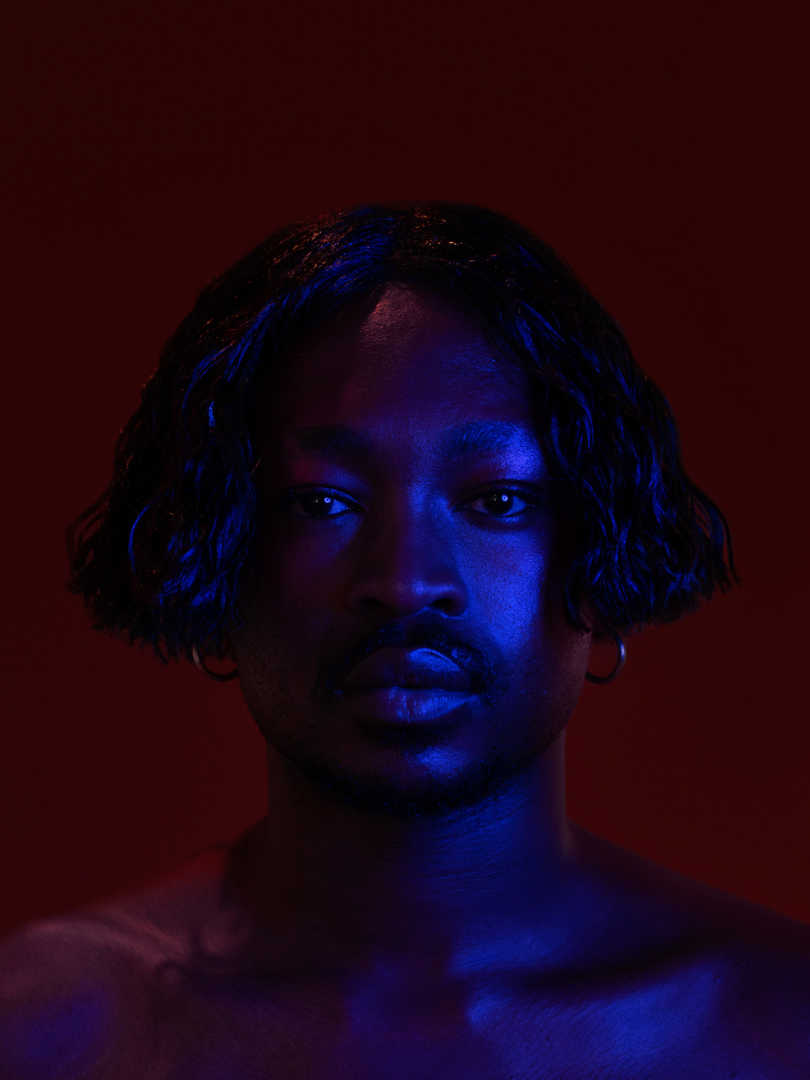 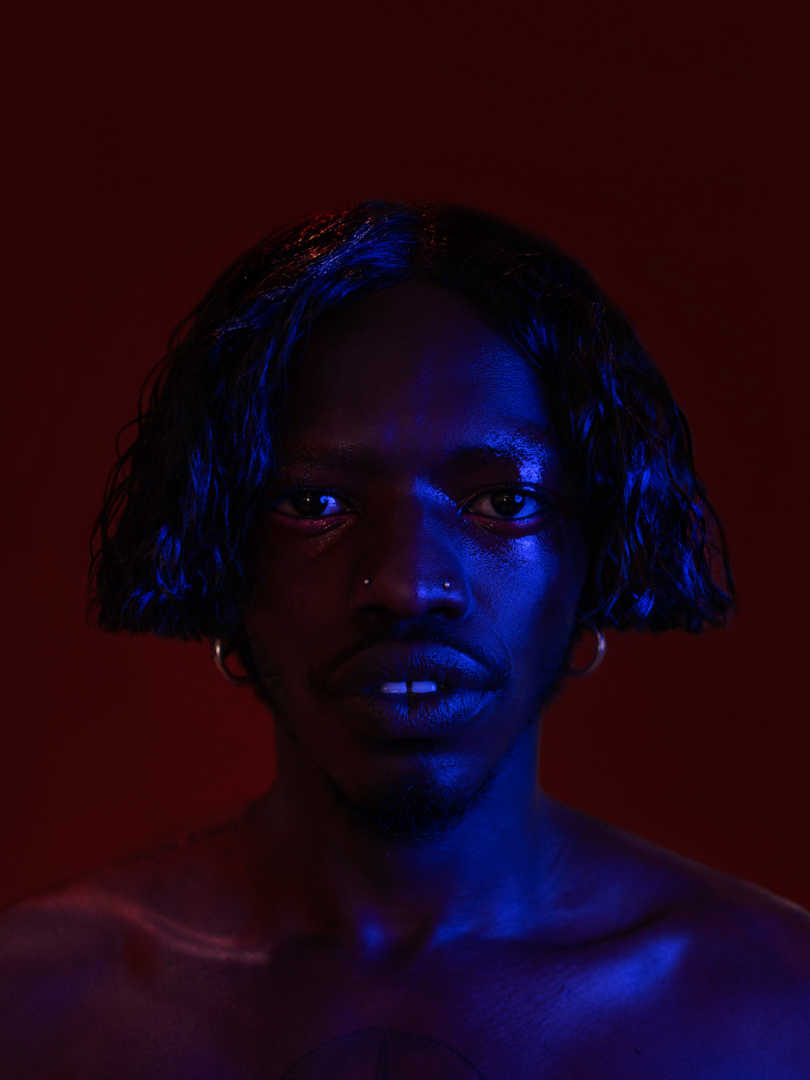 I first met Desire Merea at the BAT Centre in Durban, KwaZulu-Natal in 2013, if my memory serves me well. He is still as genuine now as he was then. Interestingly, Fela Gucci and I grew up in the same areas in the East Rand in Johannesburg. Born and bred in Vosloorus, and also having spent a few chapters of my life in Katlehong, I could relate to Fela so much once we met in person and started unpacking our lives in conversation – our paths crossing just seems to have been the ultimate alignment of kindred energies, where the universe plugged likeminded people together. Particularly when our main commonality is living our truths and making our dreams come alive, an idea where one could consider Fela Gucci and Desire Merea as guiding lights and co-creators. When I asked them about their aspirations growing up, I could tell that they each had always been monumental in their own right, which manifested differently and translated into a journey they could eventually share with each other, and us. 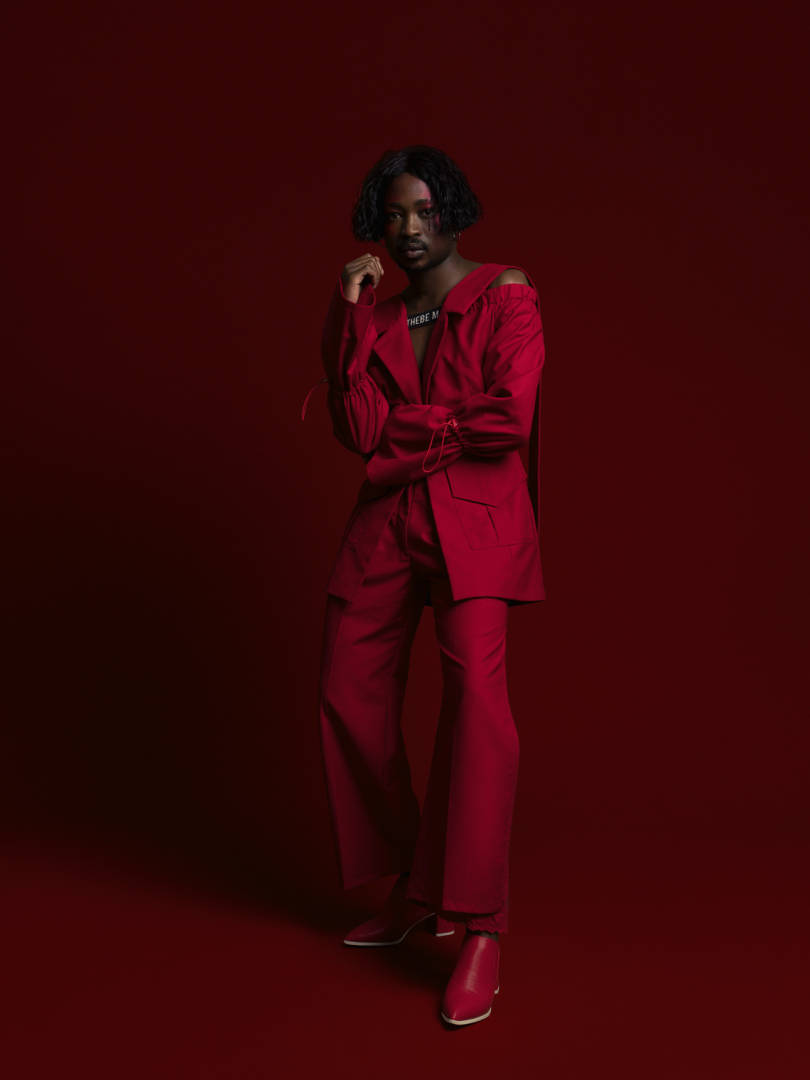 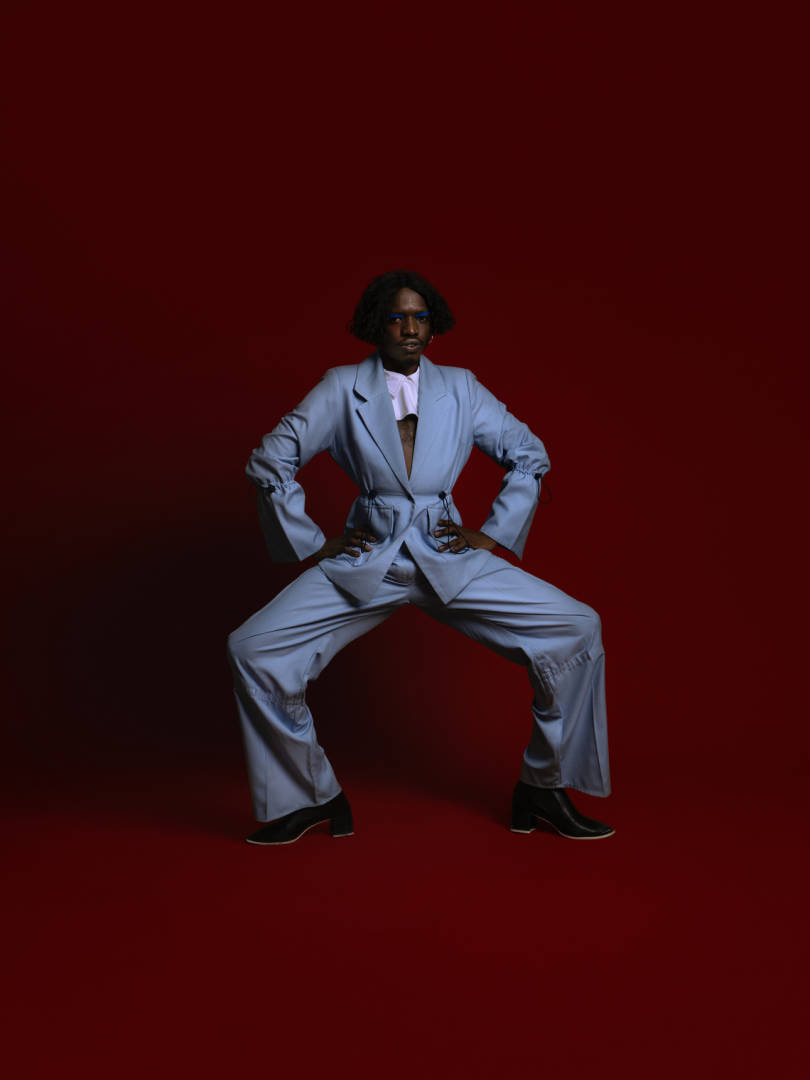 If you ever catch Fela Gucci at a party, you’ll see him snapping away at the different bodies dripped in expressive fashion. “FAKA has allowed me to incorporate elements of my creativity into our work because we do not limit ourselves to one medium,” he explains.

The same goes for Desire Marea: “The first thing I aspired to be as a child was an artist, and that’s what I always was, in many different ways.”

In 2015, living in Johannesburg as a collective, they debuted at Bubblegum Club Nights held at the Hazard Gallery in Jeppestown, where they presented the artistic musical performance ‘#WaitLorraine: A Wemmer Pan-African Introduction to Siyakaka Feminism’. In the same year, they released their popular ode to Brenda Fassie, a video piece entitled “From A Distance”, as well as a much-talked-about live installation of “The Factory” at Stevenson Gallery’s SEX show. The following year was defined by the duo’s release of the Bottoms Revenge EP, a collection of ancestral gqom and gospel sounds, and combined hissing snares with psychedelic house influences. Their 2017 EP Amaqhawe, is filled with pure gqom as a nod to the bustling streets of the Durban soundwave that reverberates the restlessness in electro, hypnotic trance synth and dark bass thumps. The EP also featured DJs and producers Surreal Sessions and the smash hit song Uyang’khumbula that tore up the Versace spring/summer 2019 runway and collection campaign. The transition between then and 2017 saw FAKA perform at the 9th Berlin Biennale for Contemporary Art (2016); Unsound Festival Poland (2016); and the Vienna Festival (2017).

Speak it into existence and then make the moves that make it so, say the modern-day philosophers. This tactic has worked well for Desire Marea and Fela Gucci’s flight as FAKA. Besides performing across the world, these two are creatives at heart. Desire Marea has worked as an actor, graphic designer, and a copywriter amongst many things. “Outside of the disciplines we currently practice, I am also interested in writing and jewellery, homeware, interior and architectural design,” says Desire. 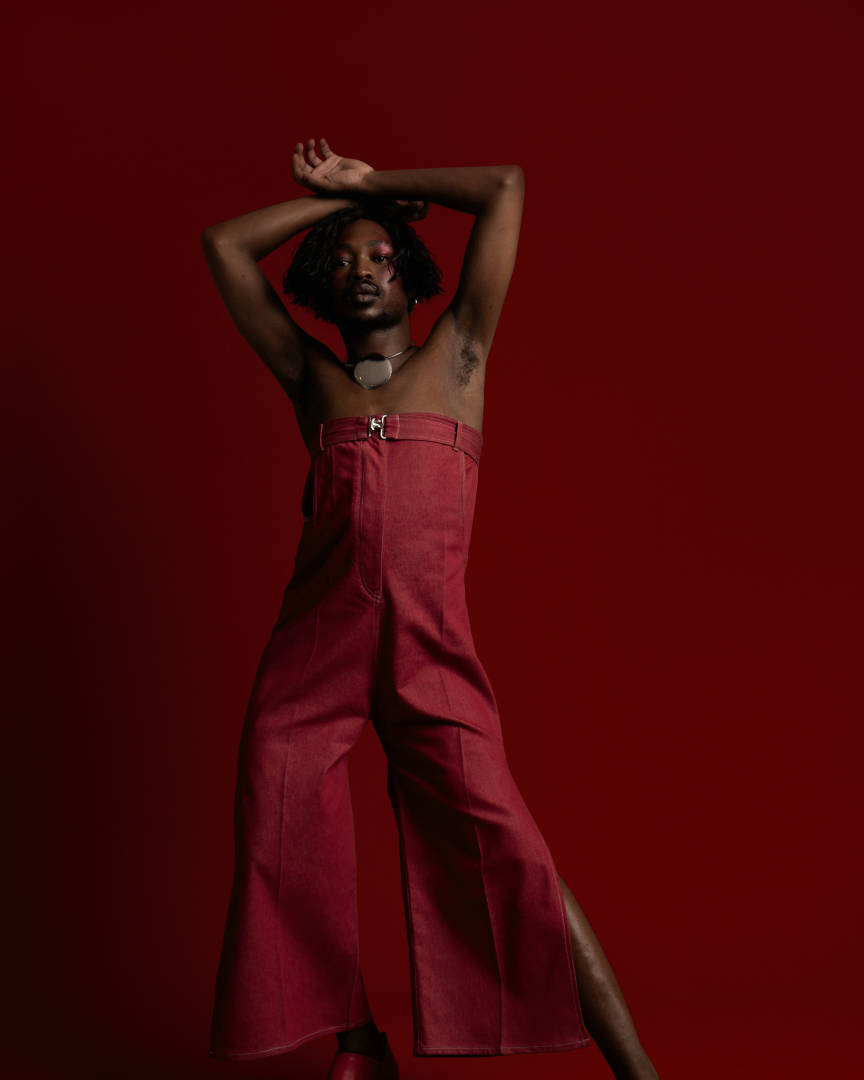 “You are worthy of all that you can dream. Don’t let your audacity to pursue the things you love to embarrass you, no matter how out of reach or impossible they may seem,” writes Desire Marea as words of inspiration. Fela Gucci is passionate about photography and penning think pieces and personal stories. “Even though I just write for myself and haven’t shared my writings with anyone else,” says Fela Gucci.

This moment is as bright as ever for FAKA. From gracing stages locally and internationally, they are becoming a voice for young, black queer individuals who are unapologetic about their individuality.

“You are worthy of all that you can dream. Don’t let your audacity to pursue the things you love to embarrass you, no matter how out of reach or impossible they may seem,” writes Desire Marea as words of inspiration.

“You matter. Believe in yourself. I know it is hard sometimes but you are going to overcome.” – Fela Gucci

As artists who are based in Johannesburg, I had to ask what being in this city means for them. “Jo’burg is my biggest inspiration. This place has allowed us to live as our authentic selves. People from all over Africa come to this city to manifest their dreams because it gives you space to think freely. That freedom inspires a bigger imagination and allows you to create from a beautiful place,” says Fela Gucci.

I have had the honour of DJing alongside FAKA at Seize The City in 2018. It is as if they transcend their bodies and reach the fourth-dimensional space, taking us along on their hypnotic journey. The future is filled with possibility. Complete world domination and an LP where they feature their favourite musicians is not a course I would rule of the near future for FAKA. They’ve inspired people, but have always stayed true to their craft, their roots and remain grounded.

“Thank you to everyone who has supported us throughout the years. And a big S/O to the children!” says Fela Gucci.

As a note to his friends, family and supporters, the people’s aunty Desire Marea writes “ngiyaziqhenya ngani”.