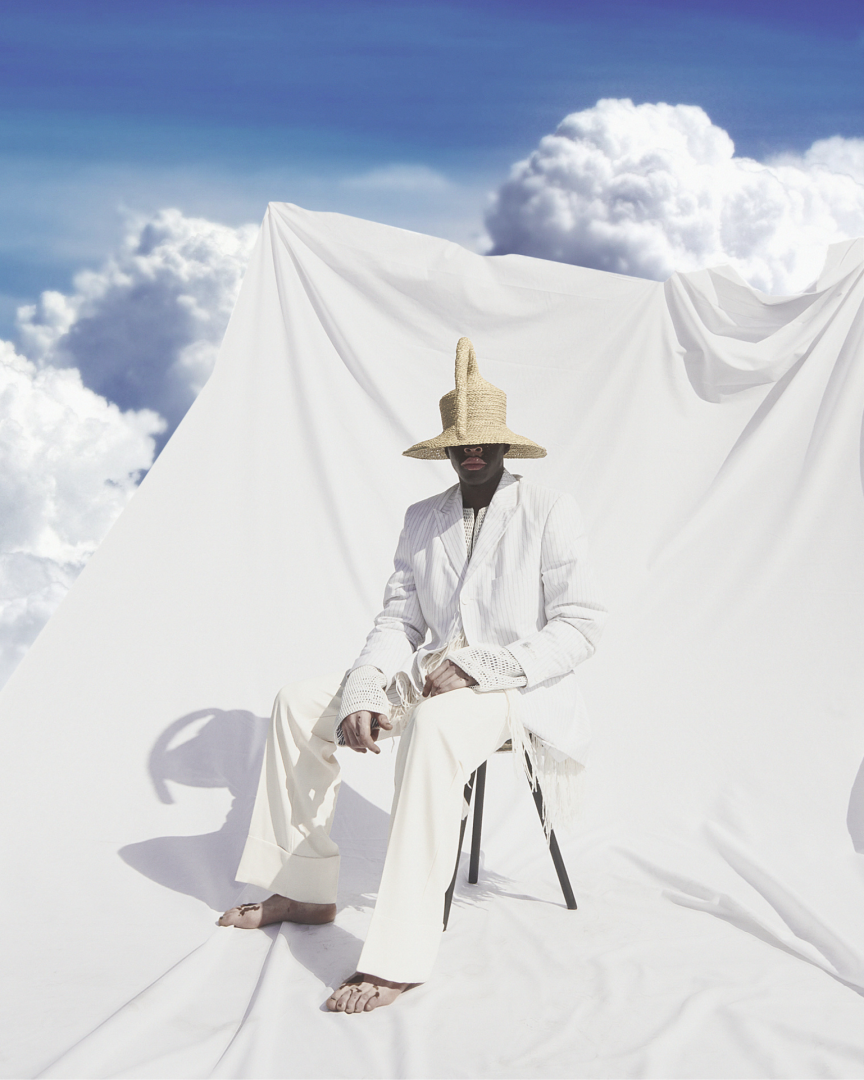 White is quite a multifaceted colour. With an ability to confidently exist in multiple, often disparate spaces,  white is both modern and traditional, scientific and ritualistic, with an uncanny ability to affix a space or an object with a sense of sanctity. For his next photographic series, Rich Mnisi - who almost obsessively explores ideas of home and South African culture - teamed up with designer Nao Serati, who lent his stylistic vision to the series, titled "Take Me Home". With a strict colour palette of white in all its stages - from white in decay to white in its most clinical saturation - the shoot reads as an almost dreamscape, a theme Rich is currently using to explore his fashion collection, titled "Milorho '19" (Milorho is a word from the designer's native tongue, meaning "Dreams"). Nao Serati, the stylist for the series, is known for his aversion to taking institutions like culture and sexuality and "turning them on their heads, often as a way to open up greater discussions around them", with queer culture being one of his explorations. He turned to local designers, from UniForm to Ryan Keyes, to create this beautiful series, which at its heart is about the space when one feels most at peace, most authentic and most spiritual, which is often always a place called home. 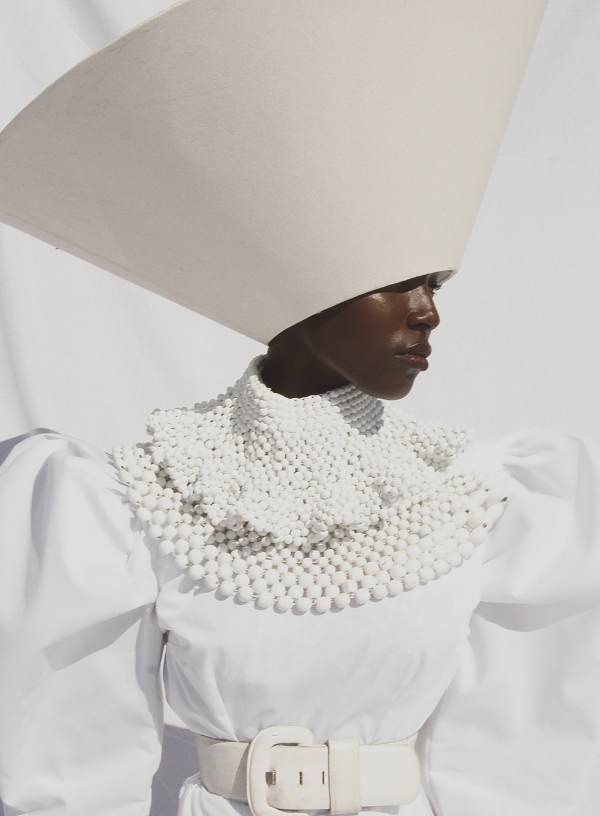 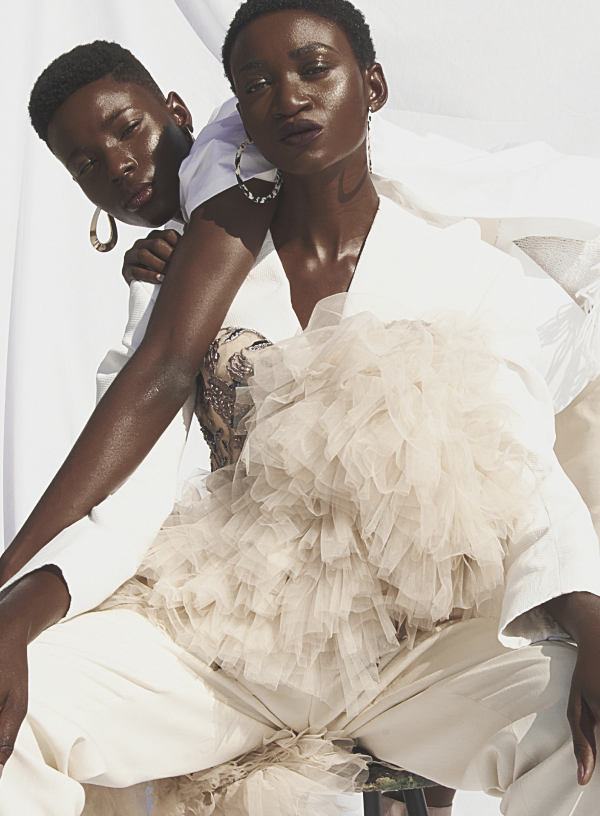 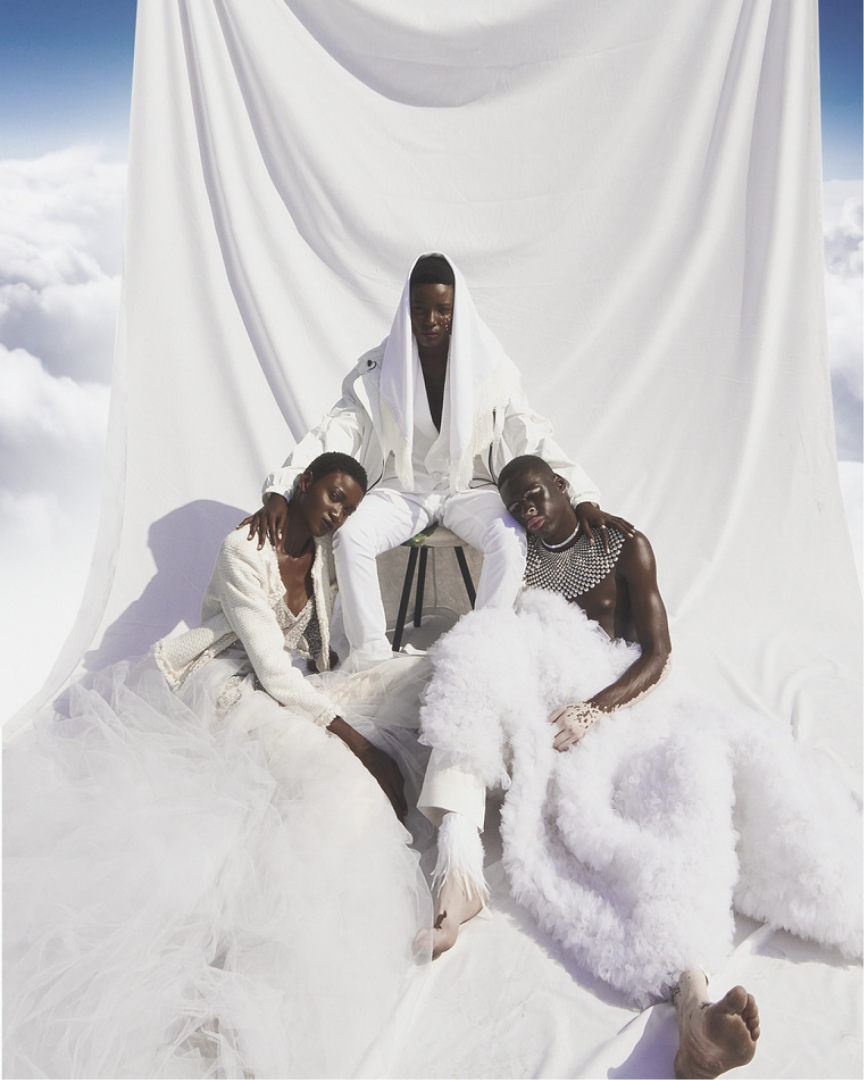 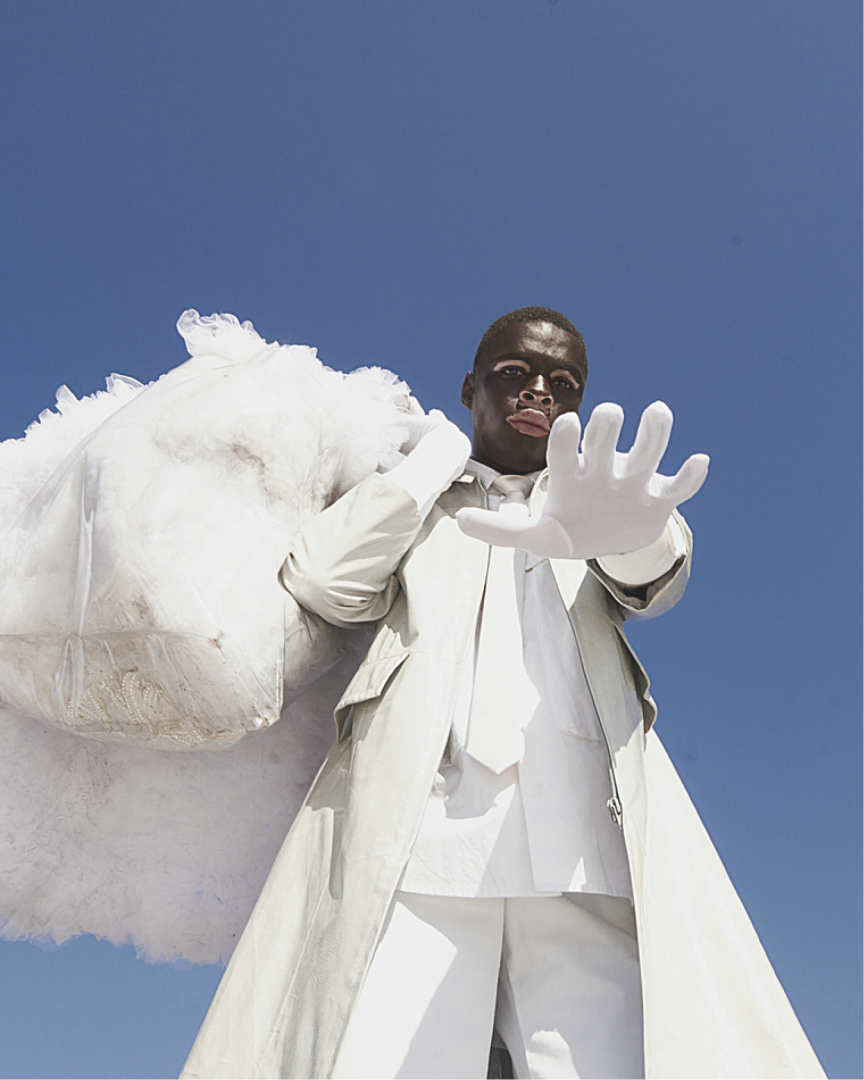 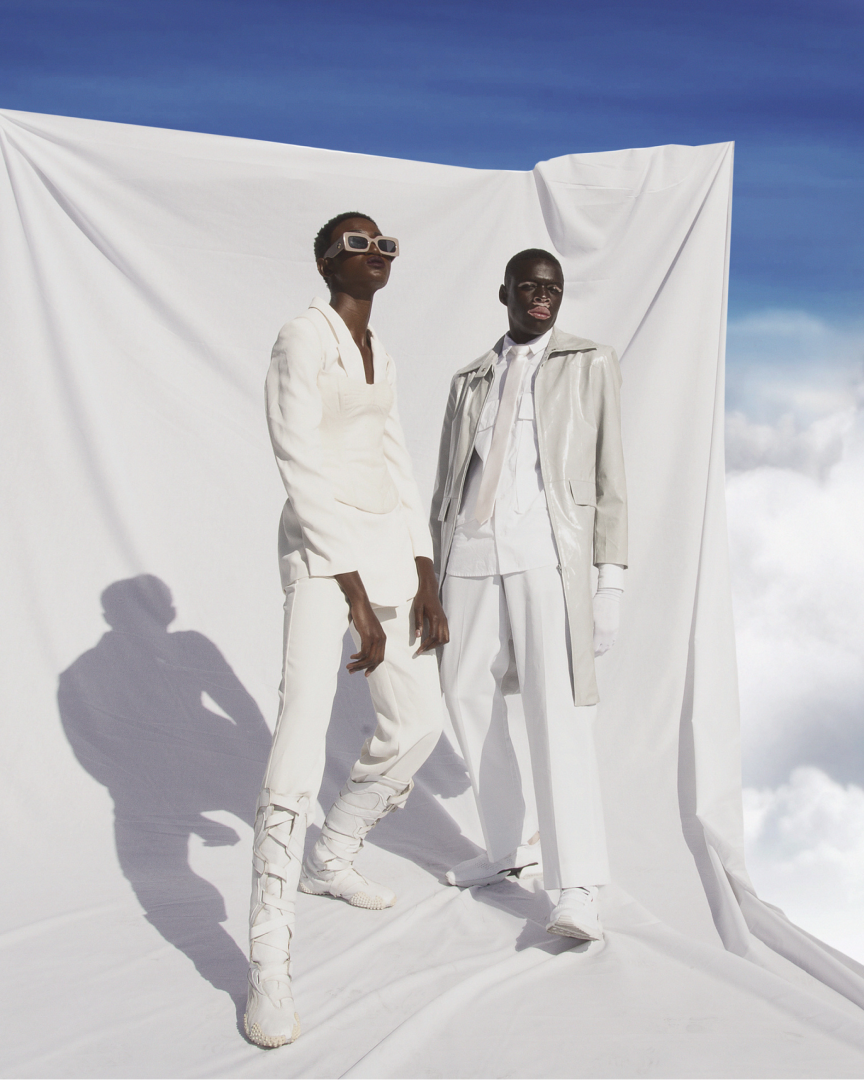