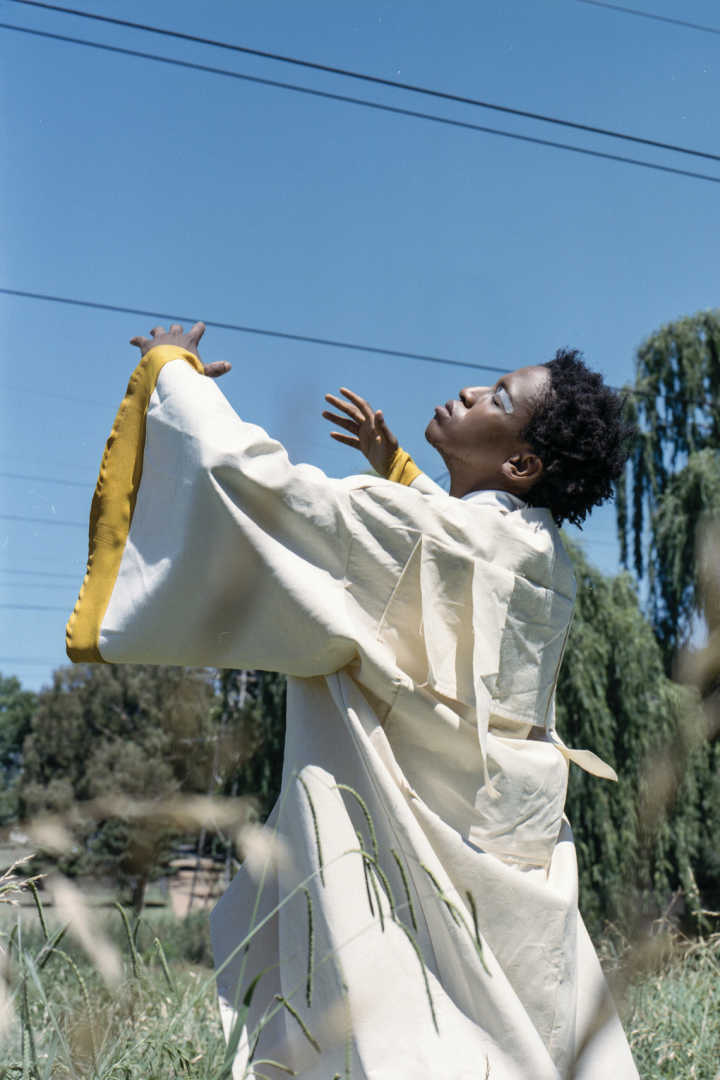 From the Holy Trinity Church in Braamfontein to a hidden waterfall in Blairgowrie, Anthony Bila and Amy Zama take to sacred spaces to document eight of South Africa’s most agenda-setting voices, recreating and recontextualizing key scenes from The Good Book. 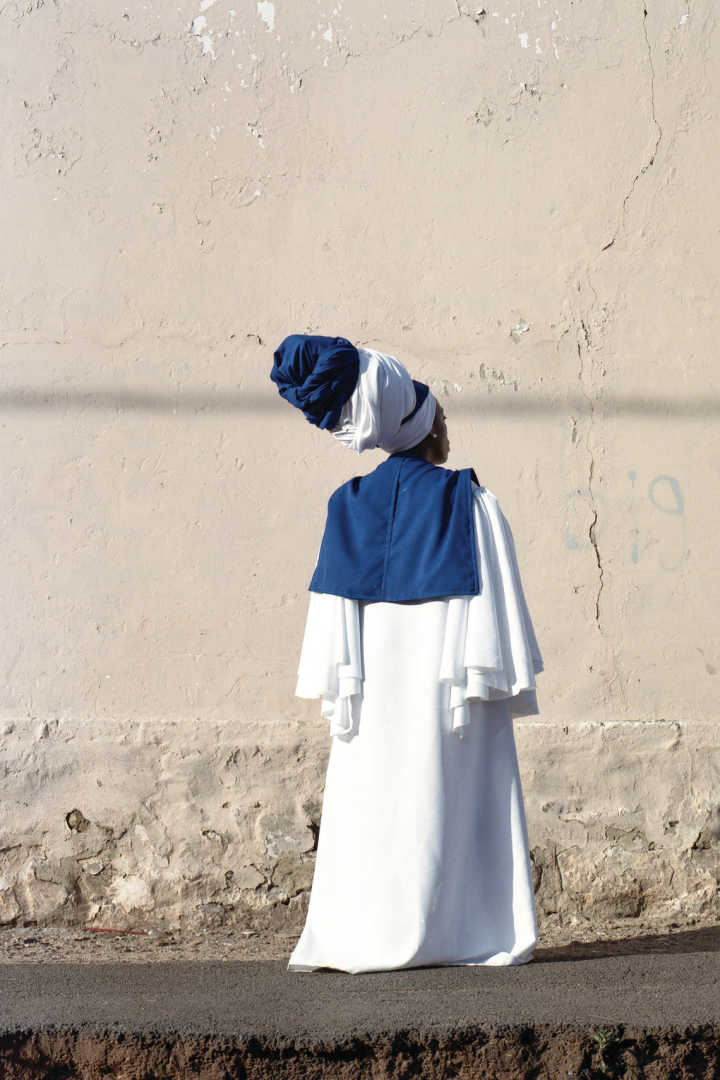 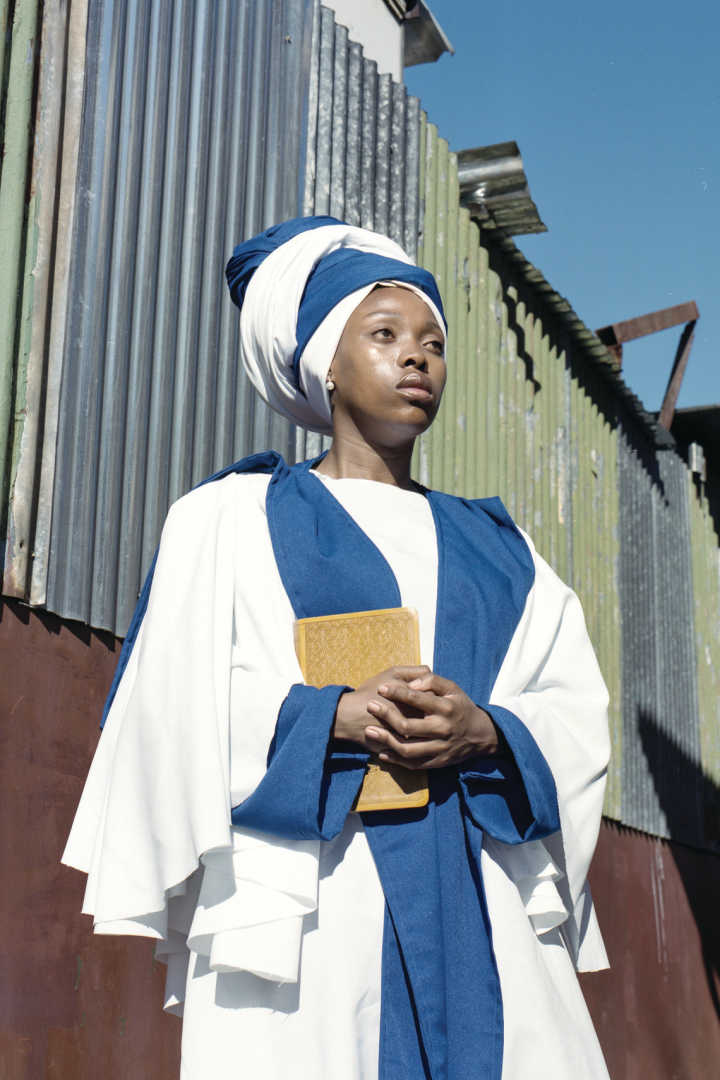 I would love to see more people of privilege-extending their platforms to document the experiences of the LGBTQI+ and youth communities. There are more stories to be told. Let them be heard.

Advocating for basic human rights of others, staying informed and extending a helping hand are qualities that must almost always be within an individual. I believe this is the key that makes any group- attempt in facing socio-political issues more effective, with a lasting impact. 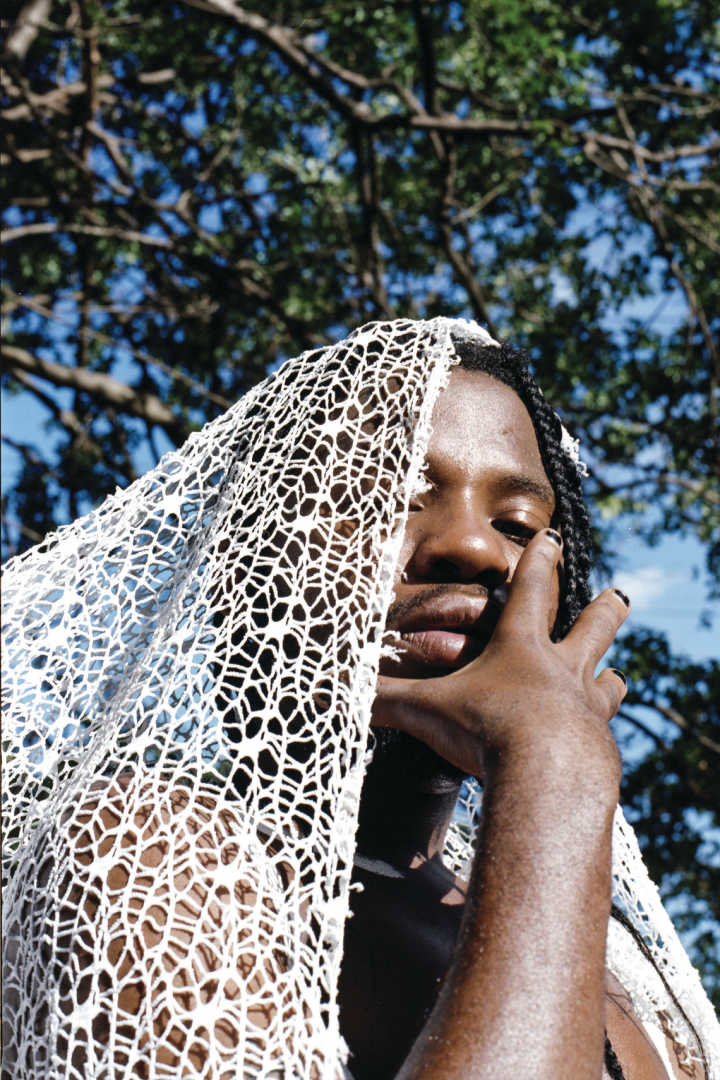 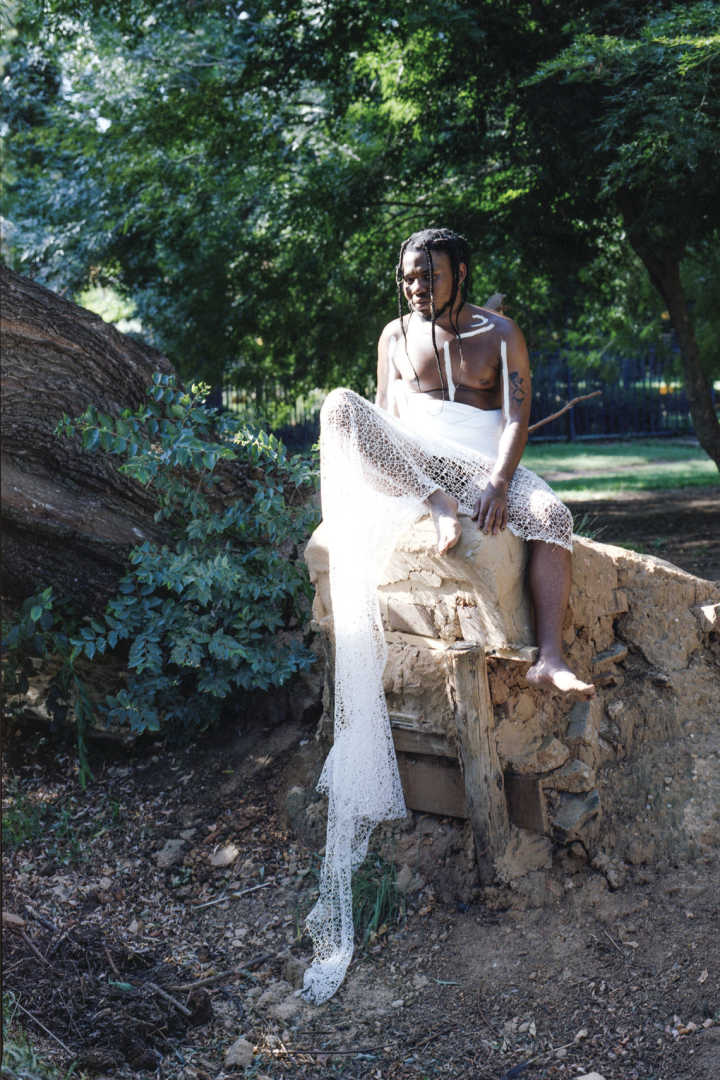 In a country so rich in culture, the right to express yourself both verbally and physically needs to be exercised with no fear. This concept of normalization needs to be brought into the school system and mass media with the correct representation of the LGBTQI+ community.

South Africans have been denied basic human rights by the greed of political giants. I believe that a proactive and unified community would be able to dismantle our dependency on the government. 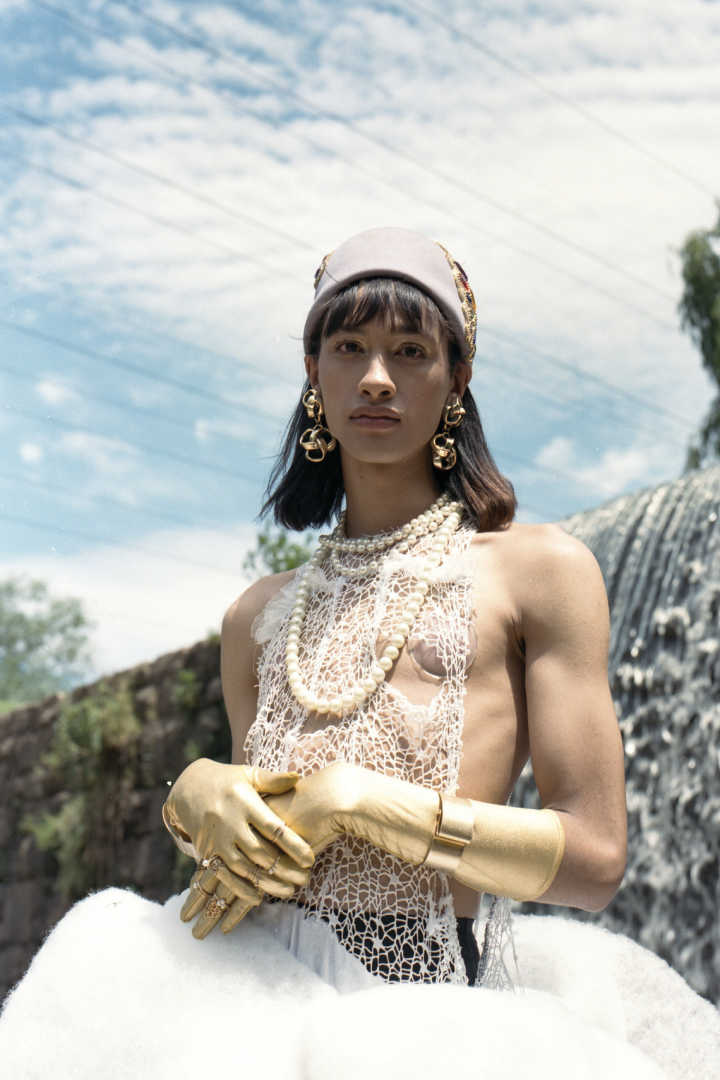 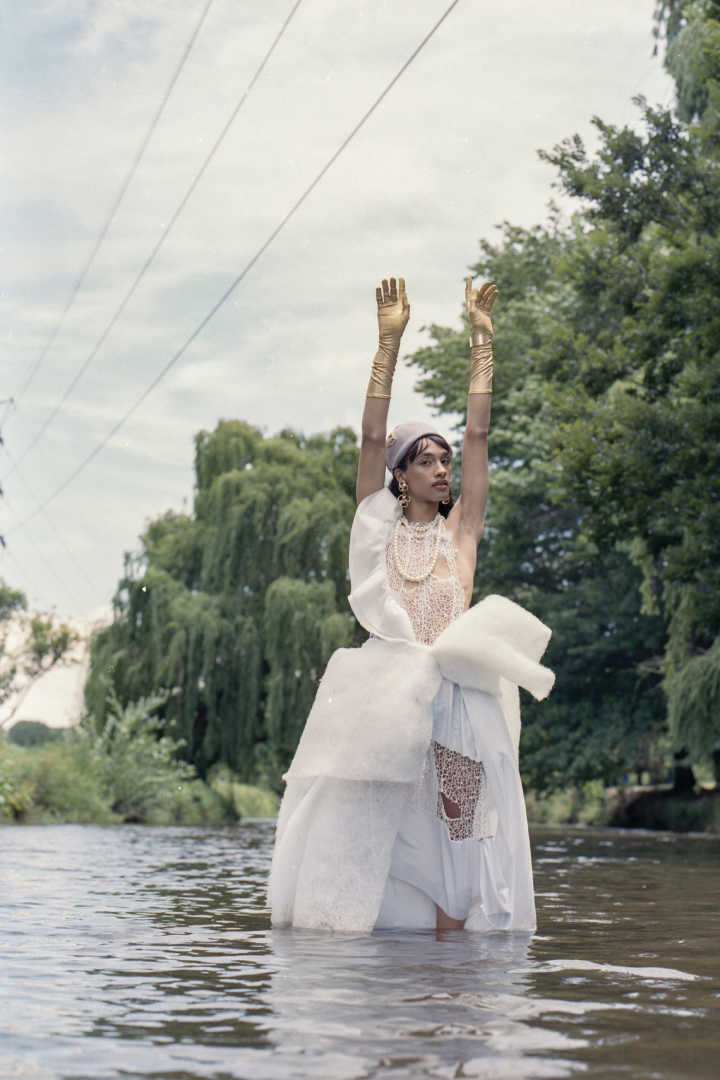 Being queer or young doesn’t make anybody less-than, and the LGBTQI+ and youth communities should be treated with the same respect and dignity as any other community.

I also think people should be more compassionate and aware of the differences we all share. Everybody faces some level of miscommunication when it comes to how others perceive their personal identities and I believe it’s important for people to acknowledge this; knowing that everyone’s differences make them unique and valid. 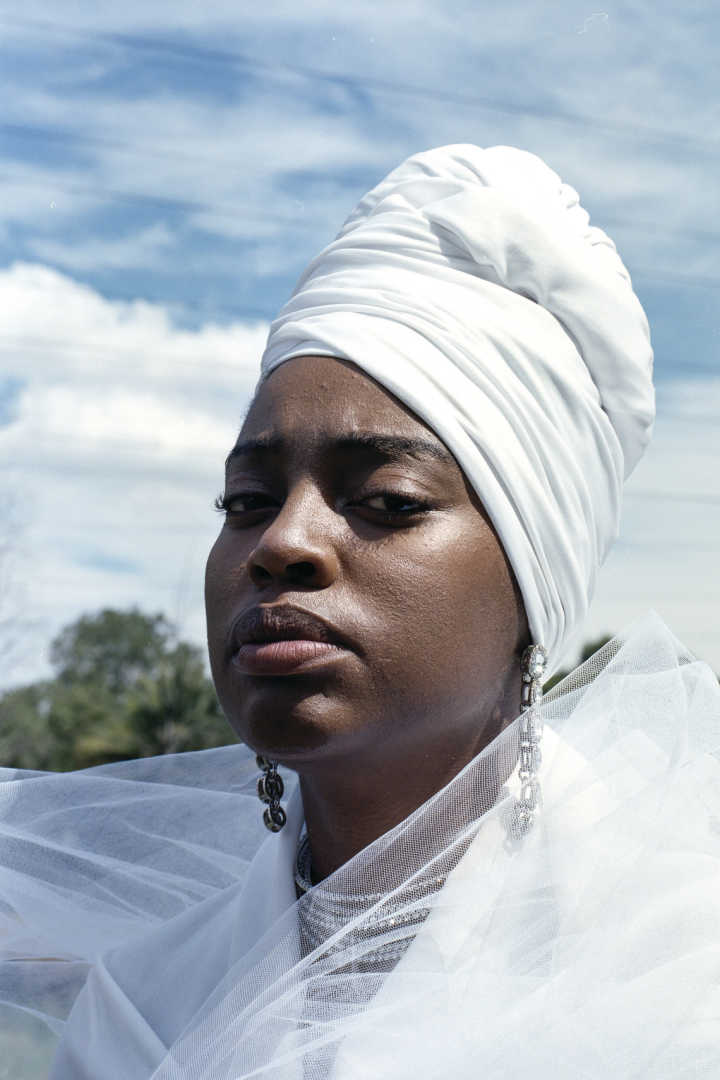 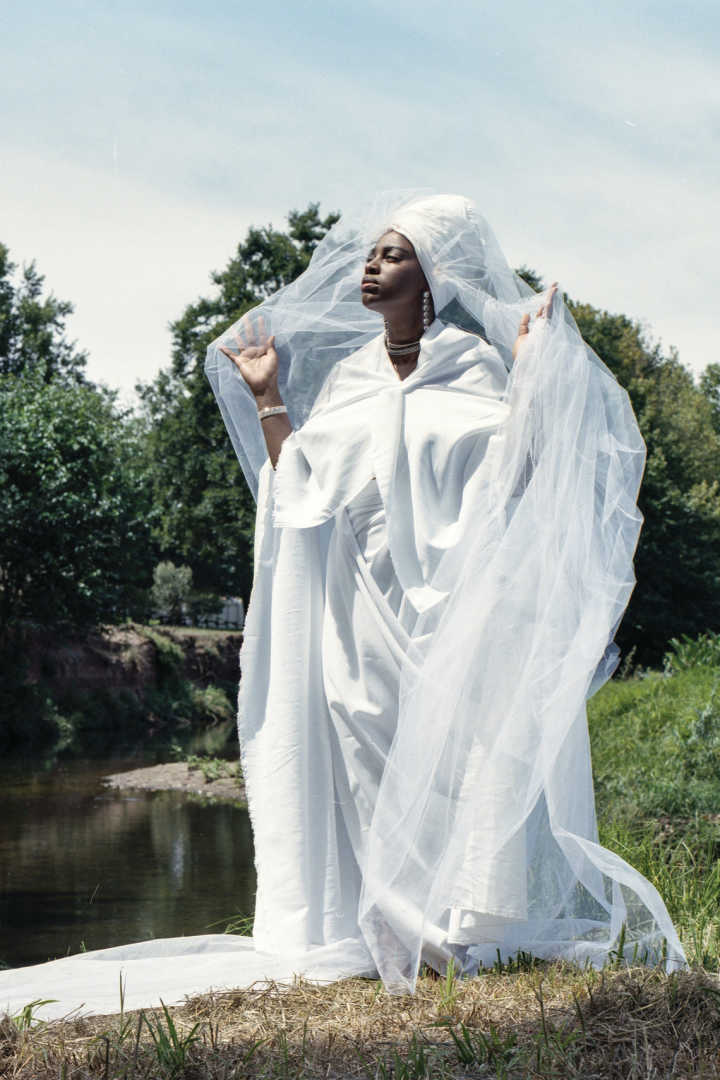 I think for the first time we can’t even imagine what horizons youth and the LGBTQI+ will reach because they are creating new forms and structures as they go - the opportunities are boundless.

Socio-politically, it seems like there will always be forces threatening the freedom and well being of people but there will also always be people willing to speak up and take action against those forces as long as those people exist and speak up.

I think we’ll be okay.

held too many questions between the furrow of my brows. Right beneath the ash shaped into a cross on my forehead. I buried the questions beneath my voice so that the hymns would have a way out. uMama athi ngizalwe nezono. I wore sin before my first woven diaper.

So I used to ask uBawo in prayer;

Why can’t I be born again like Christ? My hair is not long and fair like his, it curls into itself and hardens in the light but I am like him. He could walk on water but I walk beneath it and forgo breathing. He is natural and I’m not?

Where’s that mustard seed of faith in me? Why am I rejected when Jesus embraced the lepers?

Mama I didn’t mean to divorce myself.

I turned into the thin syringe that I threw between the pavement tiles.

I lay empty and rejected but I thanked God that I was forgetting.

Sometimes I would sweep my tears back into my eyelids with my bare palms and a verse from the book that’s trying to kill me.

Then Saturday would die and arise as Sunday and the torment would begin. The internal tug between my favourite day of the week and it’s harshest.

I would awake to the sounds of Barorisi and my shoulders being shook by you Mama in your faded baby blue fleece gown. Doek still on, you’d rushed off to finish getting ready, adding your falsetto to the peaking gospel song.

Soul still floating above my body I could tell by the chattering of the pot lid that my water was boiling. Feet off the bed, I slide into tattered slippers, walk over to open the windows, quickly fold the heavy thick colours of my blankets and then fluff the light, frilly cotton of my duvet cover.

iLanga liveli. I knew the play by heart.

I fetch indishi from outside, near the toilet and fill it wrist high with cold water.

Manoeuvring through the cosy kitchen, forearms straining at the act of balancing and avoiding, I delete the memories of my night, my dream, myself.

The steam of the rice and stewing beef meets my nostrils.

I say a word or two and laugh to oppress suspicion. I don’t have the answers to “wathula kangaka?” or “wajabula kangaka?” so I balance my mood and the tone of my voice to live right between joy and depression.

Mama we would dress our best and sing our loudest and smile our widest mina nawe ngeSonto.

But I would pray with a heaving chest and heavy tears that the part you hate would die within me.

Angisekho lapho Mama. I have grown and the prayer has grown with me and has moved closer to me. It has morphed into a prayer for those I love and for the first time, that includes me.

I pray for uchom wam’ who’s lips are heavy with the taste of women like herself. She thinks you do not love her. She asks “why would I want a god that doesn’t want me,” and I say, iNkosi isithanda sonke.

I pray for my nephew who says his body was a spirit’s drunken choice. They say he’s born in a broken way with feet crossed the wrong way and I say, iNkosi isithanda sonke.

I pray for uMamakhe, uAunt Joyce. Every day she opens white pages of the holy book and crucifies her black son to the pages. She calls his love sodomy and his choice of clothes degeneracy and I say, iNkosi isithanda sonke.

And lastly Ndithandazela uMama. She was forced into a marriage that she didn’t choose and a religion that hates women. They pray to a God that only takes. All I’ve ever seen is that church with its hands open, taking the last cent from uMama. They give her empty hope and liquids and oils and creams in return. Siza Baba because I want her to know that iNkosi isithanda sonke. 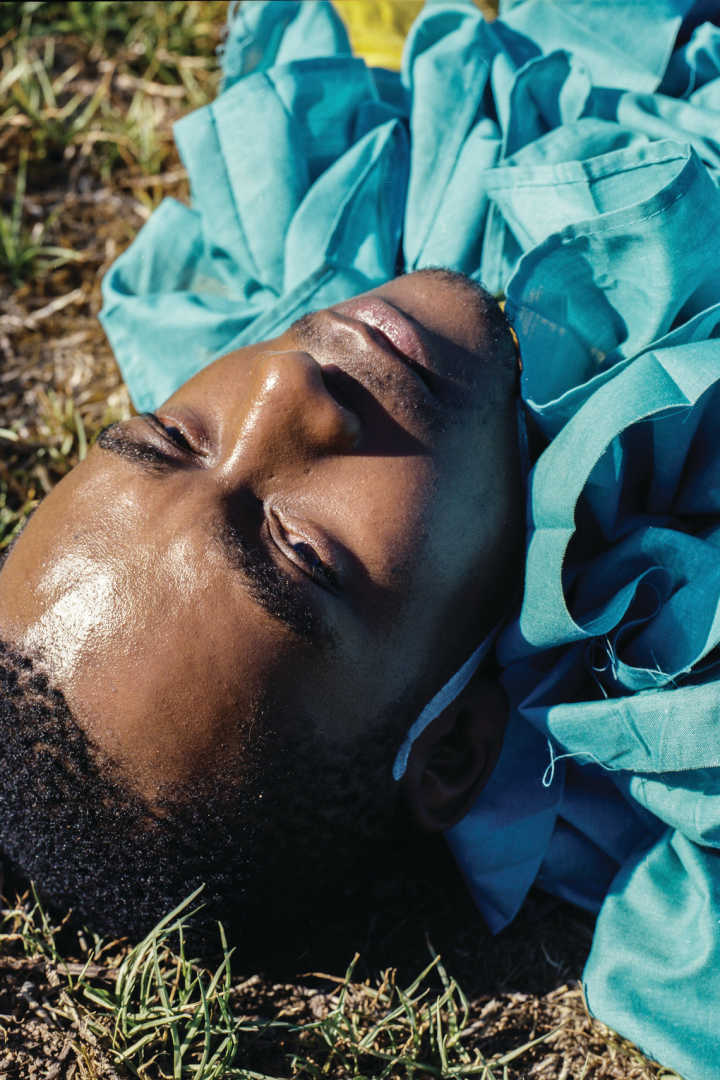 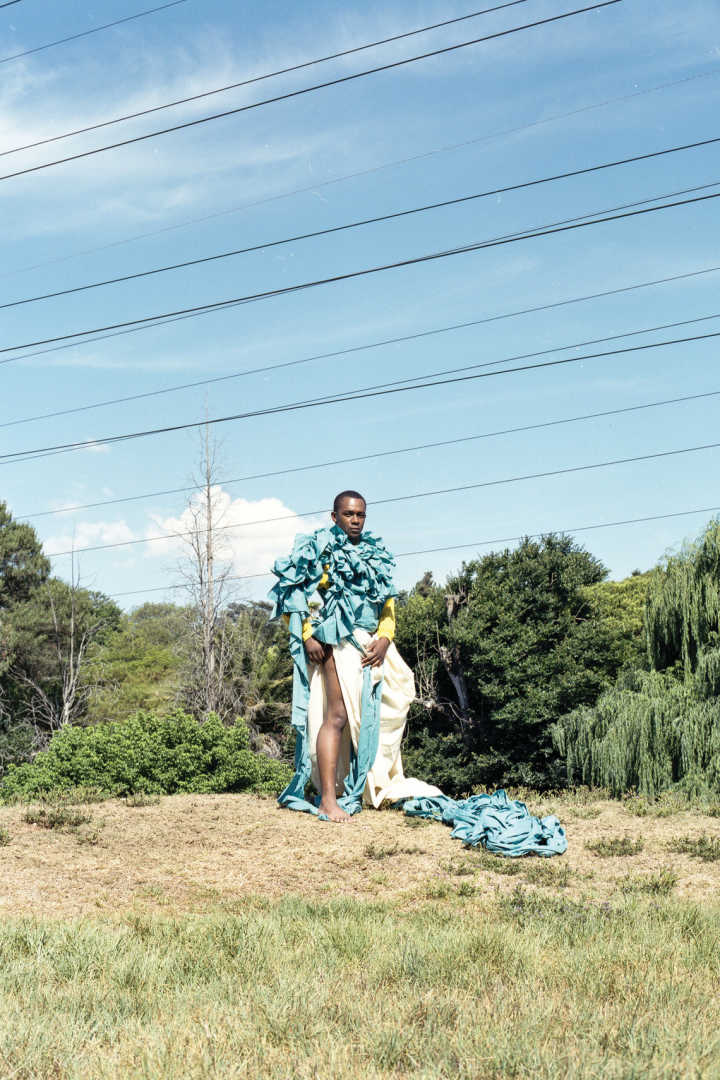 Going forward, the heterosexual community should be more inclusive towards the LGBTQI community. There is a lot of animosity between the communities and I feel like going forward, we should embrace all races, orientations, genders and religions so that we can unify and move into the future together.

To fight this plague that’s robbing people of basic human rights, we need to teach each other about one another. We all are human at the end of the day and the more we learn about each other, the more we respect and value one another. We need to continue building bridges between those who seek to be understood and accepted and those who struggle with finding compassion for others. This can only come from education - not only on the schooling plane but also through art and social work. 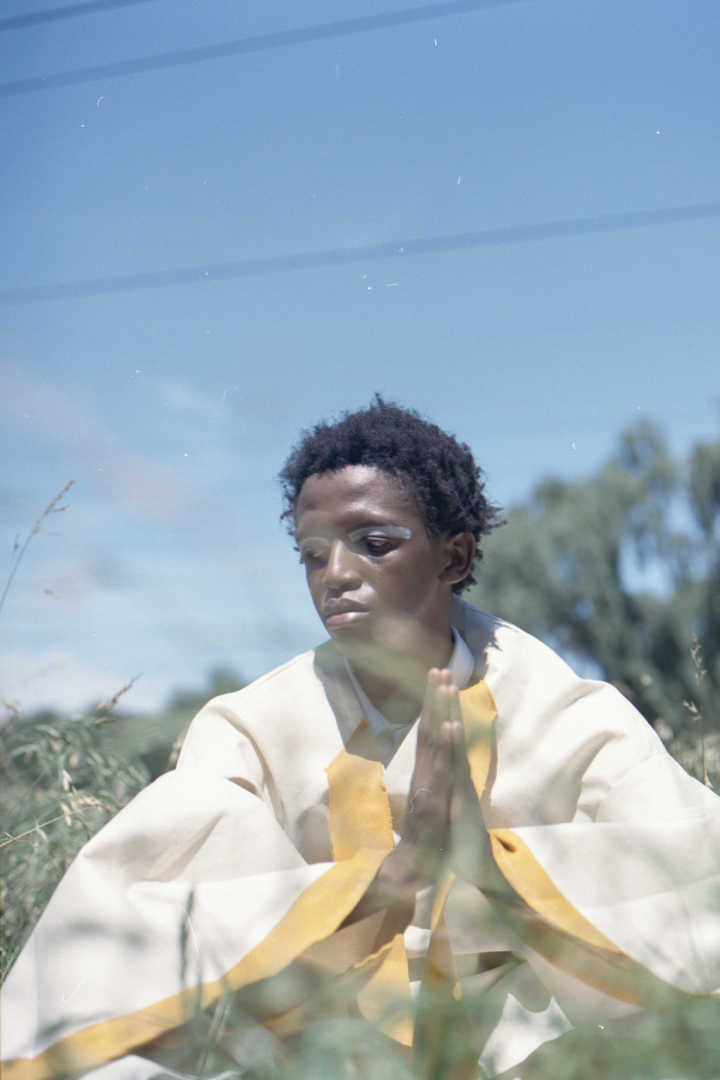 I believe people should have their own rules and norms on how they would like to be seen in the world, no matter their race, gender or religion.

In my culture, there’s a saying that goes, “one hand washes the other”. This is something I have always believed in. Instead of helping those who don’t need help, we should reach out to the less fortunate in all forms possible. 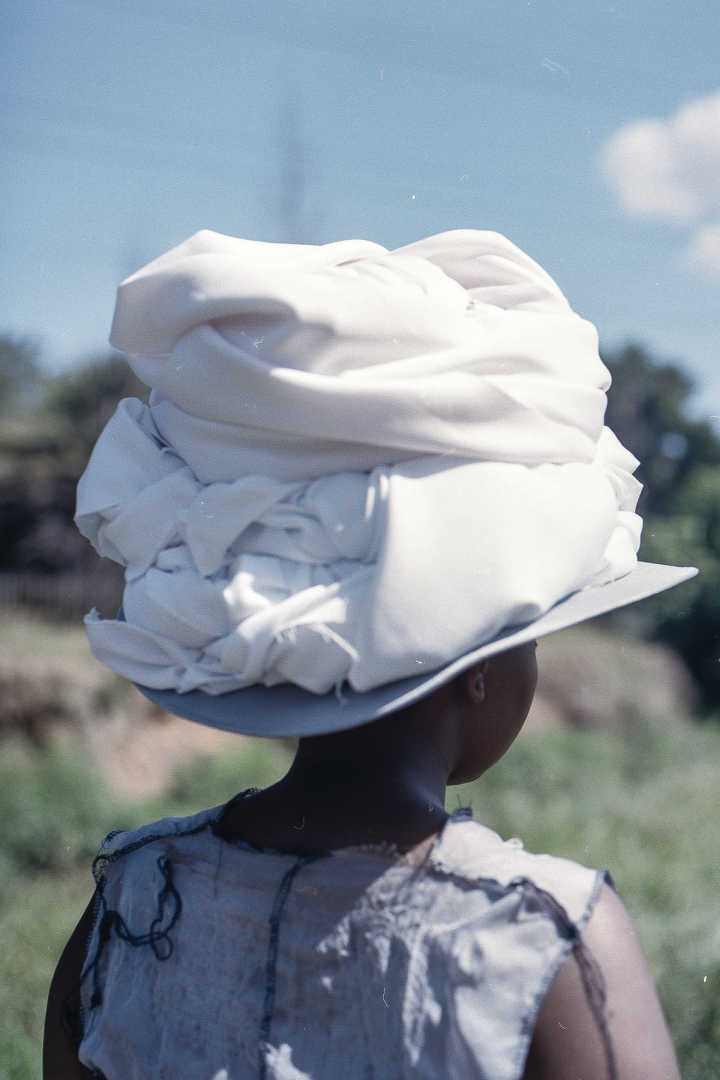 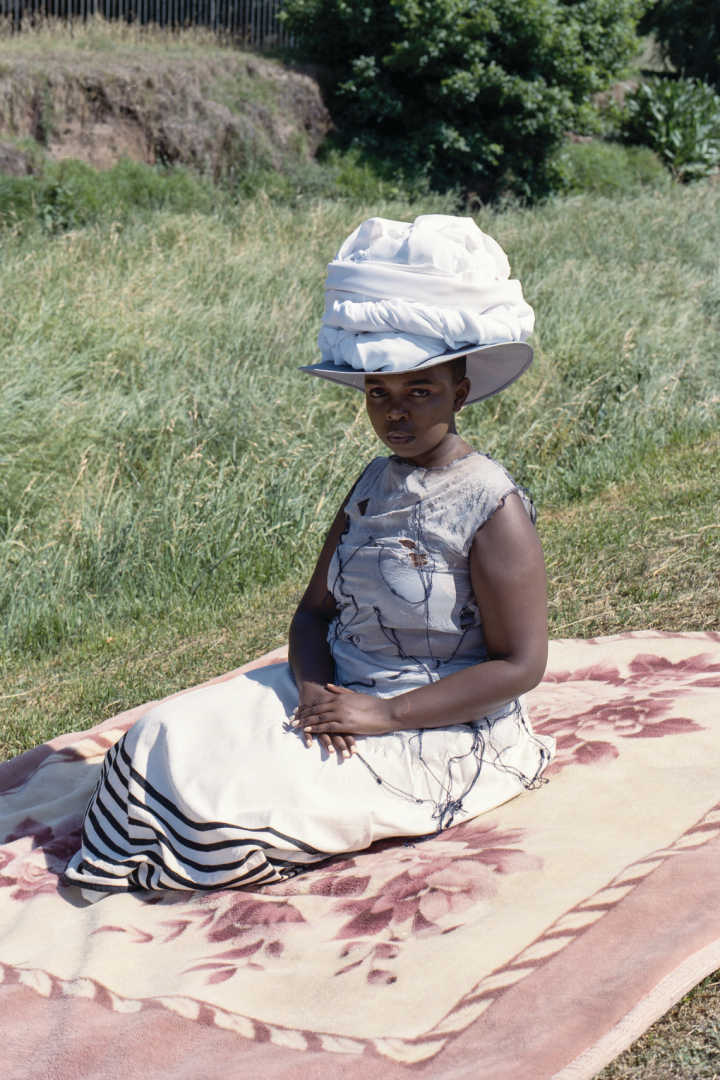 I wish for communities to create centers for LGBTQI+ who have been rejected from their homes. Centers where they can find therapy and healing. I also wish for people to be informed that sexuality is not a choice and that more awareness will lead to more acceptance.

There are still deep inequalities that need to be addressed - economically, socially and politically. However, we should never allow these circumstances to take away our compassion for one another. How we can fight for the greater good  is by supporting each others’ projects; building and strengthening our ties with one another and our communities. 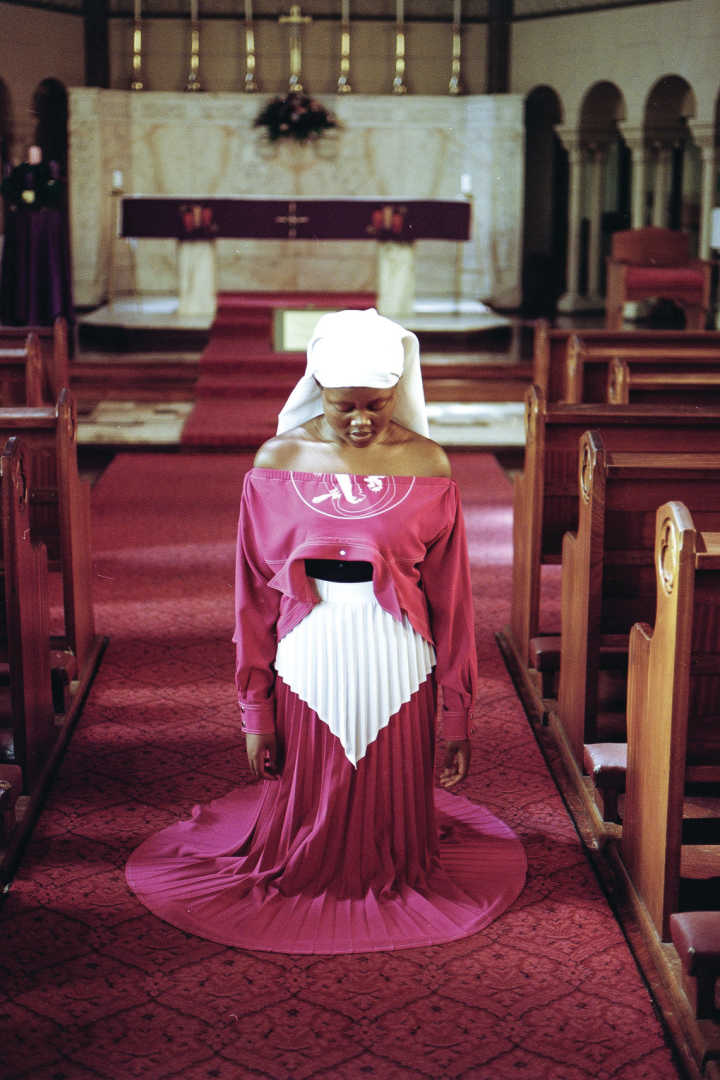 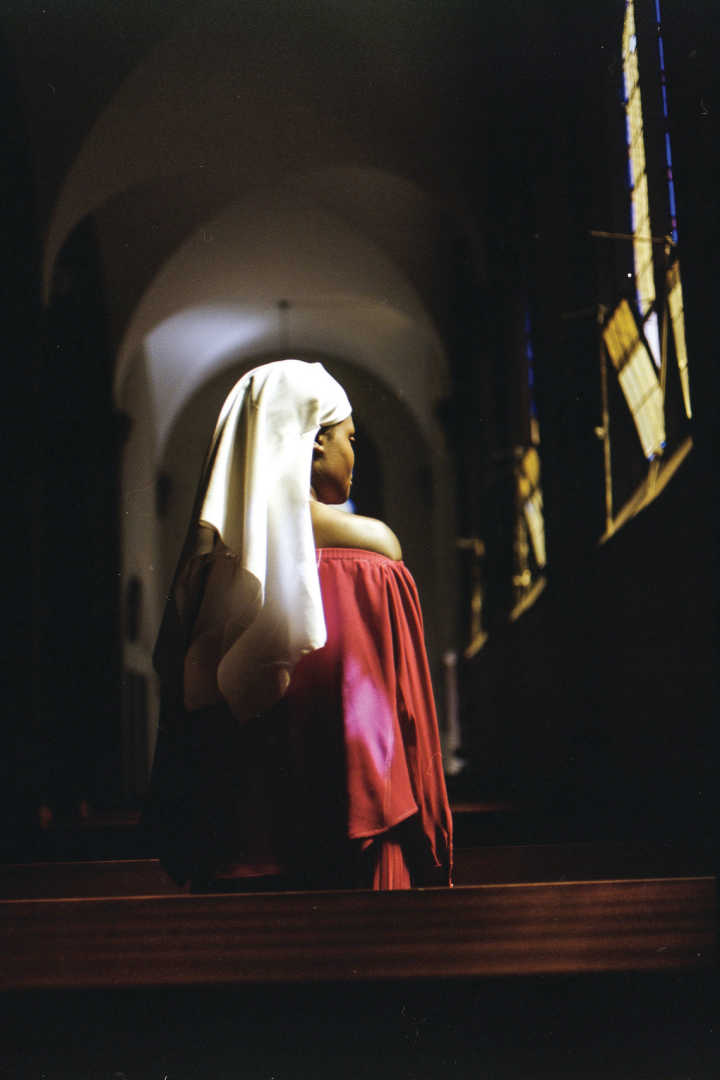 We live in a fast-changing world and as people, we need to adjust accordingly. We’re now open and exposed to a variety of gender exploration and new identities and therefore, we need to make those who classify themselves into any of these identities comfortable. Young people are fast-paced thinkers and are definitely more vocal and hands-on than previous generations. As a result, we should be given platforms to fully explore our dynamic thinking and way of life without being made to feel guilty about it. We’re definitely the future.

We’ve gotten to a point where human rights infringe other rights. To avoid this, we need to apply ourselves to the Golden Rule: “Treat others the way you would treat yourself” (With love and respect - hopefully!)